Combatting Microaggressions in the Workplace

When a radiologist yells or throws a chart at a colleague, these aggressive behaviors have a clear detrimental effect on workplace culture. But less overt disruptive behaviors can also cause friction that may have serious consequences. More subtly offensive words and actions known as “microaggressions” often leave fellow physicians, nurses, physician assistants and others feeling marginalized and excluded.

Members of groups that have been discriminated against historically, including women and people of color, are usually the targets of these insults and slights.

“Studies suggest that these disruptive behaviors occur commonly in health care settings,” said Anand Narayan, MD, PhD, associate professor and assistant director of diversity, equity and inclusion at the Carbone Cancer Center and vice chair of equity in the department of radiology both at the University of Wisconsin-Madison.

For example, noted Dr. Narayan, a Perspectives on Medical Education study found that 54% of medical students at the University of Florida College of Medicine who responded to a survey reported having experienced microaggressions in medical school, with higher proportions reported by women and racial/ethnic minorities. These snubs and slights, which can be intentional or unintentional, fall into four categories: microassaults, microinsults, microinvalidations and environmental microaggressions.

Watch Drs. Gerlach and Phalak discuss microaggressions and the damage they can do to team members:

“Microassaults are the most overt and intentional type of microaggressions,” said Karen E. Gerlach, MD, MBA, assistant professor in the Department of Breast Imaging at the University of Texas MD Anderson Cancer Center in Houston. She coauthored an article in Clinical Imaging that focused on the effects of disruptive behaviors among radiologists in the workplace. “The person committing the microaggression knows that their behavior might be hurtful, such as when someone uses an ethnic slur to refer to a colleague,” Dr. Gerlach said.

The second type of microaggression—a microinsult—may be more covert. For instance, a male physician might assume a woman at his institution is a nurse rather than a fellow physician. In this case, the male physician would be revealing his implicit bias.

The third type—microinvalidations— are comments that deny the experiences of a marginalized group. Those on the receiving end feel invalidated, undermined or dismissed.

“An example is a comment such as, ‘You are being too sensitive. Racism doesn’t exist anymore,’” Dr. Gerlach said.

“One example is a wall of portraits of former chiefs of staff featuring only Caucasian males or when the closest breast pumping area is located several buildings away,” Dr. Gerlach said. “These things may convey a message that certain groups do not belong there.”

“Calling these behaviors ‘microaggressions’ diminishes their impact on the wellbeing of our colleagues and patients. Phrases such as ‘acts of exclusion’ more accurately convey the way these behaviors drive people away instead of bringing them in.”

The Damaging Effects of Disruptive Behaviors

“The commonality among the various types of microaggressions is that they elevate a person’s daily stress level and reinforce the idea that they don’t belong,” said Kanchan Phalak, MD, a coauthor of the Clinical Imaging article and associate professor in the Department of Breast Imaging at the University of Texas MD Anderson Cancer Center.

“Experiencing higher levels of microaggressions has been linked to lower mental health, which can ultimately affect job satisfaction, team dynamics and patient safety,” Dr. Phalak said. “For example, an employee may hesitate to speak up when they suspect an error due to the fear of being wrong or humiliated by colleagues.”

“When staff such as nurses and physician assistants encounter enough negative behavior, they often will opt to leave for positions where these behaviors are absent or less prevalent,” Dr. Gerlach said. 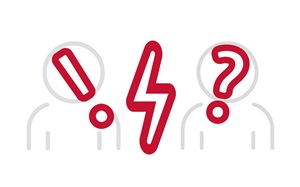 There are a number of things health care institutions can do to promote a respectful workplace culture, Dr. Narayan noted.

“Bringing together talented individuals with a variety of lived experiences and backgrounds strengthens our ability to take care of increasingly diverse patient populations,” he said. ”Key strategies to maximize this potential include emphasizing the importance of diversity and inclusion to foster organizational excellence, disseminating inclusive leadership principles that foster safe spaces that prioritize authenticity over conformity, recognizing bias, creating a culture of sponsorship and establishing metrics that hold leaders accountable for progress.”

“Calling these behaviors ‘microaggressions’ diminishes their impact on the wellbeing of our colleagues and patients,” he said. “Phrases such as ‘acts of exclusion’ more accurately convey the way these behaviors drive people away instead of bringing them in.”

According to Dr. Phalak, the interview and onboarding periods provide an excellent opportunity for an organization to convey its behavioral expectations to staff and physicians from the very beginning.

When mental health issues and behavioral problems lead to disruptive behavior, multiple strategies can be employed to improve the person’s ability to interact appropriately with others.

“It can be helpful to involve the institution’s Employee Assistance Program to identify contributing factors and target the root cause of the behavior,” Dr. Gerlach said. “Depending on the situation, there may be a role for corrective action, performance improvement plans or consultation with human resources.”

There are also alternative programs, such as continuing medical education courses for physicians who need to improve the way they interact with others.

“This is a non-stigmatizing method to address problematic behaviors,” she said. “Most physicians are highly motivated to complete this kind of program.”

No matter how an institution addresses negative behaviors, Dr. Gerlach noted, it’s important to remember that many of the interventions aren’t quick fixes.

“These processes require proactive leadership and time to see individual and systemic benefits,” she said.

Access the Perspectives on Medical Education study at https://www.springer.com/ journal/40037.

Access the infographic: Ways to Combat Microaggressions in the Workplace.