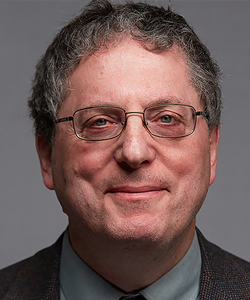 Adam E. Flanders, MD, is the Radiological Society of North America (RSNA) Board Liaison for Information Technology and Annual Meeting.

“It is an amazing honor and privilege to be nominated to serve on the RSNA Board of Directors,” Dr. Flanders said.  “RSNA has been my second academic home for many years and I have had the opportunity to meet and collaborate with an exceptional group of volunteers and staff in the informatics community for several decades now. My hope is to continue to develop and grow existing informatics initiatives and facilitate many of the new and exciting developments that are on the horizon.”

Dr. Flanders is professor of radiology and rehabilitation medicine and vice chairman of imaging informatics at Thomas Jefferson University in Philadelphia. He earned his medical degree in 1983 from Rush Medical College in Chicago and completed a residency in diagnostic radiology at the University of Illinois Medical Center, where he served as chief resident in 1986. After completing a fellowship in neuroradiology at Jefferson in 1989, he joined the Jefferson faculty. In 2022, he was named the William E. Conrady, MD, Professor of Radiology Informatics.

Previously the informatics associate editor for RadioGraphics, Dr. Flanders currently serves on the RSNA News Editorial Board. From 2011 to 2017, Dr. Flanders served as chair of the RSNA Radiology Informatics Committee (RIC), actively encouraging radiologists to become involved in the EHR selection process at their hospitals and advocating for engagement in meaningful use initiatives and championing the development of robust electronic teaching files. He also chaired the Neuroradiology RadLex and Reporting and Medical Imaging Resource Center (MIRC) subcommittees. He is a past chair of the RSNA Digital Roadmap subcommittee which led to development of RSNA Case Collection. He currently serves RSNA as an informatics advisor to the RIC, member of the Machine Learning, Data Science, and Common Data Elements (CDE) subcommittees. Dr. Flanders served on the program committee for the Society of Imaging Informatics in Medicine (SIIM) and was awarded the SIIM fellowship for contributions to imaging informatics research and education.

Dr. Flanders co-authored the “Digital Roadmap” for the National Institutes of Health/RSNA/American College of Radiology (ACR)/The Academy Workshop on Artificial Intelligence in Medical Imaging, identifying and prioritizing needs for academic research laboratories, professional societies and industry. He has also helped to facilitate several neuroimaging-based AI Challenges with RSNA in collaboration with the American Society of Neuroradiology (ASNR) in 2019, 2021 and 2022.

A past president of the American Society of Spine Radiology (ASSR), he has also served in multiple roles for the ASNR, including as chair of its Rules Committee and as deputy editor for NeuroGraphics. He now chairs the ASNR CDE workgroup in collaboration with the ACR and RSNA.

Dr. Flanders’ research interests have focused primarily on application of MRI in the evaluation of human spinal cord injury (SCI), and he has been funded by RSNA, the Nielson Foundation and the Department of Defense (DoD) to evaluate the capabilities of MR in forecasting neurologic recovery in SCI. He has been a funded subject matter expert for the National Cancer Institutes (NCI) Cancer Bioinformatics Grid (caBIG) and more recently is a principal investigator for the National Institute of Biomedical Imaging and Bioengineering (NIBIB) Medical Imaging and Data Resource Center (MIDRC) which is focused on assembling large, diverse imaging datasets for AI research.

Dr. Flanders was honored with the 2021 RSNA Outstanding Educator Award in recognition of his many contributions through publications and technology to enhance radiology education.