Next Generation Technologies and Strategies for Precision Health 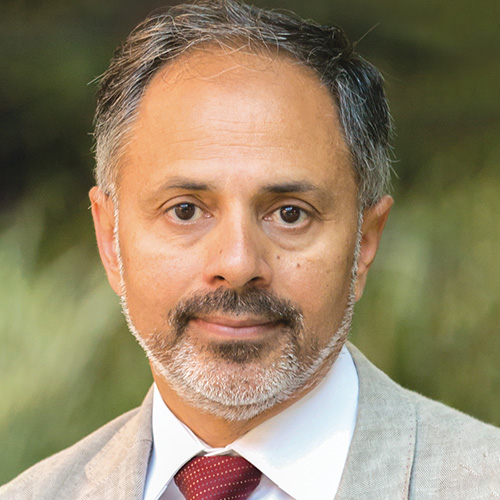 In his lecture, Dr. Gambhir will discuss the concept of precision health, the practice of monitoring healthy people in order to intercept disease as early as possible, and how a shift toward focus on precision health would affect radiology.

Dr. Gambhir is the Virginia and D.K. Ludwig Professor of Cancer Research and chair of the Department of Radiology at Stanford University School of Medicine.

As head of the Canary Center at Stanford for Cancer Early Detection, head of the Center for Precision Health and Integrated Diagnostics, and director of the Molecular Imaging Program at Stanford (MIPS), Dr. Gambhir has received more than $75 million in funding from the National Institutes of Health. His research has explored multimodality imaging of gene expression, cell therapies, imaging of the immune system, and early cancer detection.

Dr. Gambhir received his MD and PhD from the University of California Los Angeles (UCLA) Medical Scientist Training Program. Following his Nuclear Medicine residency and fellowship in PET-CT, he went on to become the head of the Crump Institute for Molecular Imaging at UCLA. He was Vice-Chair of the Department of Molecular & Medical Pharmacology and a full Professor at UCLA before moving to Stanford University in 2003.

The author of more than 650 peer-reviewed publications and co-editor of several books, he currently serves as an editorial advisor for nearly 20 professional journals. His research articles have been featured on the covers of more than 30 scientific journals, including Science, Science Translational Medicine, Nature Biotechnology, Nature Drug Discovery, Nano Letters, Journal of Nuclear Medicine, Circulation, and Cancer Cell. He holds more than 40 patents for novel diagnostic and therapeutic techniques, has co-founded three diagnostic companies, and serves on academic advisory boards for educational institutions around the world. He served on the Board of Scientific Advisors for the National Cancer Institute from 2004-12 and is currently serves on the National Advisory Council of the National Institute of Biomedical Imaging and Bioengineering (NIBIB).

Dr. Gambhir is the recipient of several prestigious awards in the field of biomedical imaging, including the Hounsfield Medal from the Imperial College of London, the Tesla Medal from the United Kingdom Royal College of Radiologists, the George Charles de Hevesy Nuclear Pioneer Award from the Society of Nuclear Medicine, the 2019 Marie Curie Award from the Institute of Electrical and Electronics Engineers (IEEE), and RSNA’s 2009 Outstanding Researcher Award. Dr. Gambhir delivered the 2010 RSNA New Horizons Lecture. He was elected to the National Academy of Medicine in 2008, the American Association for the Advancement of Science in 2014, and the National Academy of Inventors in 2016. He has trained and mentored over 100 graduate students and postdoctoral fellows in his research labs many of whom are now faculty all over the world.