In a recent Radiology study, researchers used blood-oxygen level dependent (BOLD) MRI to measure changes in renal oxygenation in a mouse model, which was demonstrated as a promising step toward better assessing complex disease processes like cardiorenal syndrome (CRS).

The team used BOLD MRI to explore the potential interaction between heart and kidney in CRS with a focus on the diagnosis of renal oxygenation.

The group randomly subjected 189 male mice to either myocardial infarction (MI) surgery or sham surgery in which they exposed the heart but did not use ligation to mimic a MI.

According to Dr. Chang, maintaining consistency in the size of the MI and improving the survival rate of the mice was a significant challenge. The team practiced the MI surgery for several months and double-confirmed the final MI sizes using enhancement following gadolinium administration and Masson’s trichrome histological staining to align the detailed ligation positions with the targeted infarct sizes.

The mice were then sorted into three groups according to MI size: large, small and sham. Renal BOLD MRI was performed prior to MI and on days one, seven, 14, 28 and 60 after MI. The researchers performed histologic analysis of renal hypoxia-inducible factor-1α (HIF-1α) (a key transcriptional regulator of adaptive response to hypoxia) and kidney injury molecule-1 (KIM-1) (a biomarker for renal proximal tubular damage) to evaluate tissue hypoxia and kidney injury in the subgroups for each time point.

Following imaging, the team analyzed the relationships between the BOLD R2* and HIF-1α expression. “We detected the elevation of R2* values in the renal cortex and medulla of the MI groups compared to the sham group from day one to day 60, and it was most pronounced on day 60,” Dr. Chang said.

She added, “A greater elevation in R2* was also observed in the large MI group compared to the small MI group from day seven to day 60.”

“Patients who needed to receive percutaneous coronary intervention (PCI) had higher serum creatinine values than people who didn’t need the PCI surgery. This result suggested people with coronary diseases might have an impaired renal function.”

Further Research Necessary Before Clinical Use

In addition to these findings, the team also noted an increase in renal KIM-1 in the MI groups compared with the sham group on day 60. Renal KIM-1 showed a positive correlation with HIF-1α. The researchers concluded that increased renal hypoxia is a potential risk factor for progressive tubulointerstitial injury in mouse kidneys.

Pottumarthi Prasad, PhD, associate director, Department of Radiology at North Shore University Health System, Evanston, IL, coauthored a Science to Practice article in the January 2018 issue of Radiology commenting on the study by Dr. Chang and her colleagues.

In his review, Dr. Prasad examined whether functional MRI can be useful in the evaluation of cardiorenal syndrome (CRS).

While acknowledging that renal BOLD MRI could have a positive impact on the mechanistic understanding of CRS, he noted that additional work is required before the method can be used clinically.

“It is necessary to show a similar trend of increased renal hypoxia in patients with cardiac infarctions or heart failure,” Dr. Prasad wrote. “Such translation is not always easy because the animal models do not replicate all the complexities and co-morbidities seen in real patients.”

Dr. Chang agreed. “Due to the substantial differences between rodents and humans, we would like to perform a clinical study to test whether such functional BOLD-MRI methods could be used to detect renal oxygenation alterations in clinical patients with MI.”

Looking ahead, Dr. Chang and her team would also like to use diffusion weighted imaging in a mouse model to examine whether there would be restricted diffusion in the renal tissues after MI. 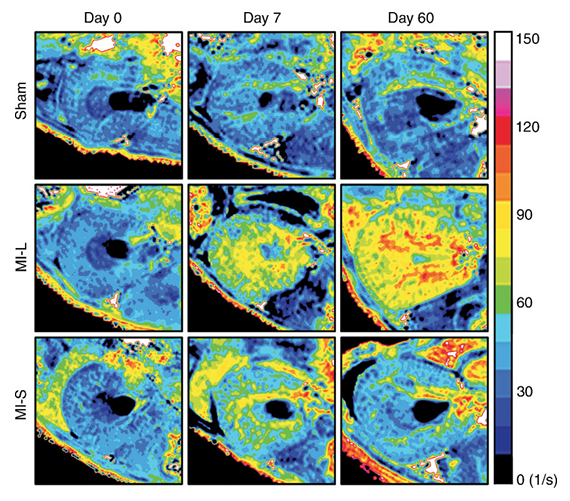 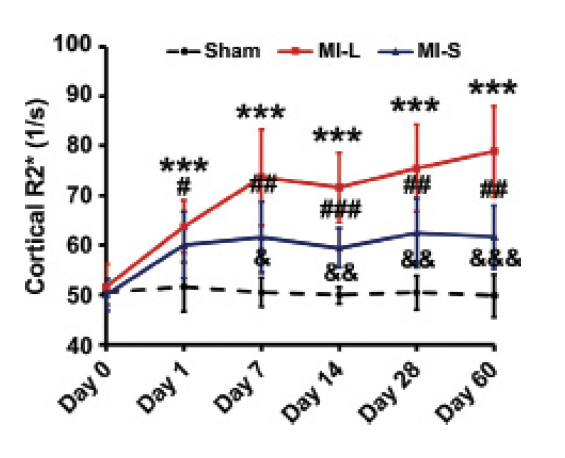