Shoulder “Brightness” on Ultrasound May Be a Sign of Diabetes 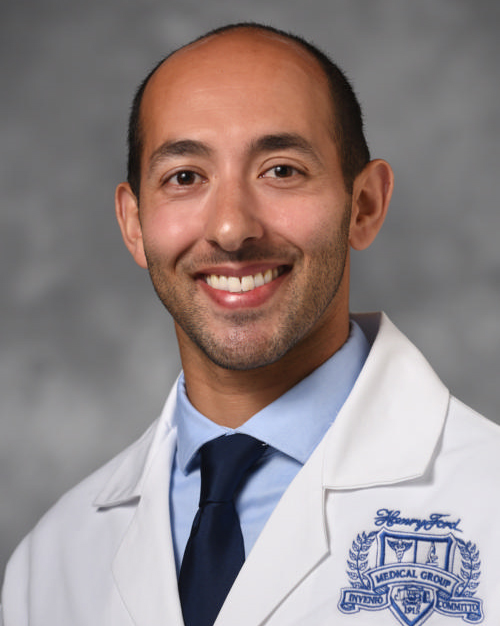 A shoulder muscle that appears unusually bright on ultrasound (US) may be a warning sign of diabetes, according to a study being presented at RSNA 2018.

More than 10 years ago, musculoskeletal radiologist Steven B. Soliman, DO, from Henry Ford Hospital in Detroit, began noticing a pattern when images of the deltoid muscle appeared bright on US.

“Every time we would ask one of these patients if they were diabetic, they would say ‘yes’ or they would tell us they were borderline and not taking any medications,” Dr. Soliman said.

Brightness on US also was an accurate predictor of pre-diabetes, which could allow for earlier interventions.

The results showed that a consensus diagnosis of “definite diabetes” by the radiologists was a powerful predictor of diabetic status. Using shoulder US, the radiologists correctly predicted diabetes in 70 of 79 patients, or 89 percent.

A hyperechoic deltoid muscle was also a strong predictor of pre-diabetes. The musculoskeletal radiologists assigned all 13 pre-diabetic US examinations to either the “suspected diabetes” or “definite diabetes” categories.

“A lot of the patients weren’t even aware that they were diabetic or pre-diabetic,” said Dr. Soliman, who noted that this lack of awareness is a major problem in the U.S. According to the Centers for Disease Control and Prevention (CDC), nearly one in four Americans with diabetes—about 7.2 million people—are unaware they have the disease and are left undiagnosed. 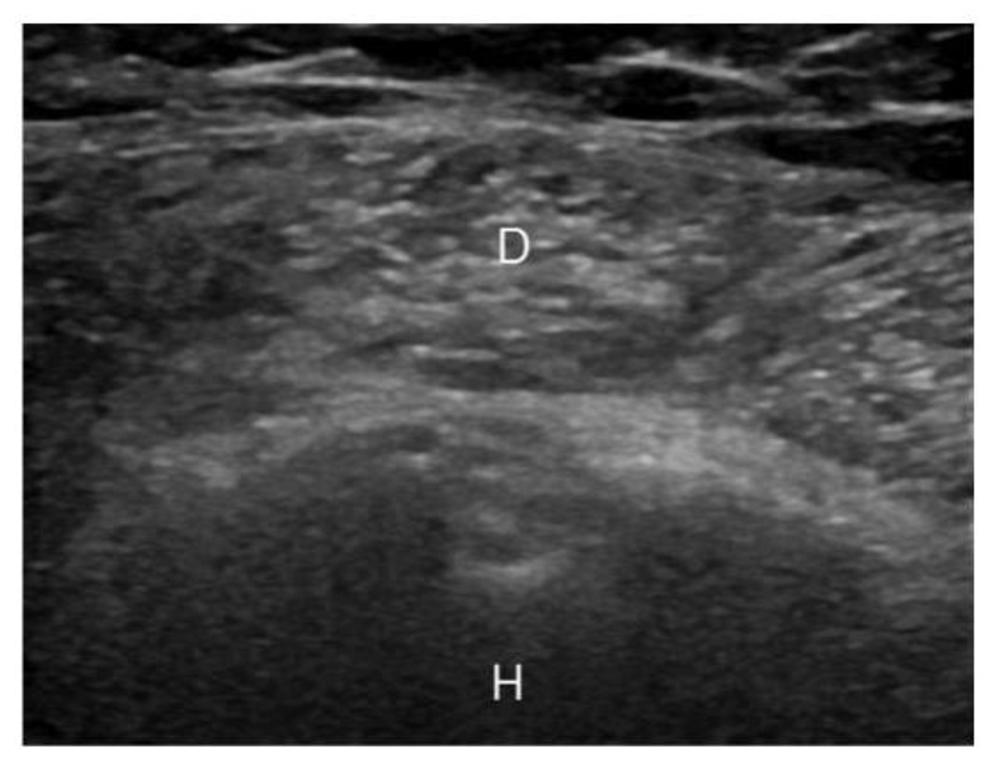 Image of a deltoid muscle in a patient with type 2 diabetes. D - Deltoid, H - Humerus

Low Levels of Glycogen May Cause Brightness of the Shoulder

The reasons for the brighter-appearing shoulder muscle on US among patients with diabetes is not completely understood, according to Dr. Soliman, but the researchers suspect it is due to low levels of glycogen in the muscle. A study of muscle biopsies in patients with diabetes found that muscle glycogen levels are decreased up to 65 percent. Prior research has also shown that the muscles of athletes appear brighter on US after exercise, when their glycogen stores are depleted.

“It could be that this appearance in people with diabetes and pre-diabetes is related to the known problems with glycogen synthesis in their muscles because of their insulin abnormalities,” Dr. Soliman said.

Radiologists at Henry Ford who see a bright shoulder muscle on US now put notes in their reports indicating that this observation has been linked to diabetes.

The researchers plan to continue studying the connection between shoulder muscle echogenicity and diabetes with an eye toward quantifying the phenomenon and seeing if it is reversible.

Access the press release and abstract for, “Shoulder ‘Brightness’ on Ultrasound May Be a Sign of Diabetes” at press.rsna.org.