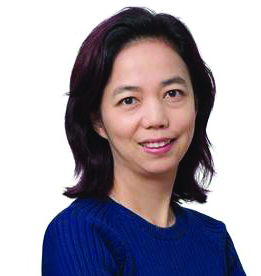 Fei-Fei Li, PhD, will present the plenary lecture on Thursday, Nov. 29 at 2 p.m. in the Arie Crown Theater.

Dr. Li is a professor in the Stanford University Computer Science Department and co-director of the upcoming Stanford Human-Centered AI Institute. From 2017 to September 2018, she served as VP and Chief Scientist of AI and machine learning (ML) in Google Cloud. Her research interests include ML, DL, computer vision and cognitive and computational neuroscience. She has published approximately 200 scientific articles in journals including Nature, Journal of Neuroscience and New England Journal of Medicine.

Dr. Li obtained her bachelor’s degree with high honors in physics from Princeton and her doctorate degree in electrical engineering from California Institute of Technology. She joined Stanford in 2009 as an assistant professor and was promoted to associate professor with tenure in 2012. She was previously on faculty at Princeton University and the University of Illinois Urbana-Champaign.