A virtual-reality prototype shows boundless potential for radiology, according to RSNA 2015 research

Using a high-resolution mobile virtualreality (VR) prototype, Vasileios Moustakas, M.D., of Evangelismos Hospital in Athens, Greece, and colleagues investigated whether VR visualization of Digital Imaging and Communications in Medicine (DICOM) images could be used without compromising image stability or quality, enabling its use for diagnostic imaging. A secondary purpose was to verify that remote diagnosis of complete CT examinations performed elsewhere, using a mobile VR system, was feasible.

The lightweight mobile VR system is powered by a high-tech Smartphone with an ultra-high-density 550 ppi display. Using the system is like being in front of a 175-inch mega screen while enabling visualization at 360 degrees, Dr. Moustakas said. Once the DICOM images are downloaded, the user wears the device and can scroll through the images, viewing up to 56 at any time—all while being on the move.

“It is very easy to use,” Dr. Moustakas said. “Once the files are downloaded it takes less than a minute to wear the VR device and start viewing the CT images. The fact that it’s also mobile is crucial, because this technique can be used for remote diagnosis, avoiding the limitations of the relatively small displays of normal mobile devices.”

Even if the VR system can be used for DICOM images, researchers opted to test the device using CT images due to the modality’s heavy use in emergency departments. Once the VR system was ready, 271 exams were reviewed by a consultant radiologist in the hospital and by another radiologist using remote VR in another area who had contact with the first doctor. The two independent, double-blinded reports were compared using standardized reporting systems to assess imaging quality of the VR system in comparison to the hospital’s workstation.

The outcome was promising. In 97 percent of the results, complete inter-observer agreement was demonstrated. The few (2.73 percent) contradicting results were limited to evaluations which also often present discrepancies between different examiners on the same monitor. In most of the evaluated parameters, good inter-observer agreement showed that the use of the VR system did not affect image quality and therefore did not alter the diagnosis.

“The main drawbacks until now were mobility and display resolution, but our system resolves both,” said Dr. Moustakas.

But the potential advantages are boundless, he said.

“Mobile virtual reality can make it easier for radiologists who want to have access to their examinations, even when they are on the move and away from their workstation,” Dr. Moustakas said. 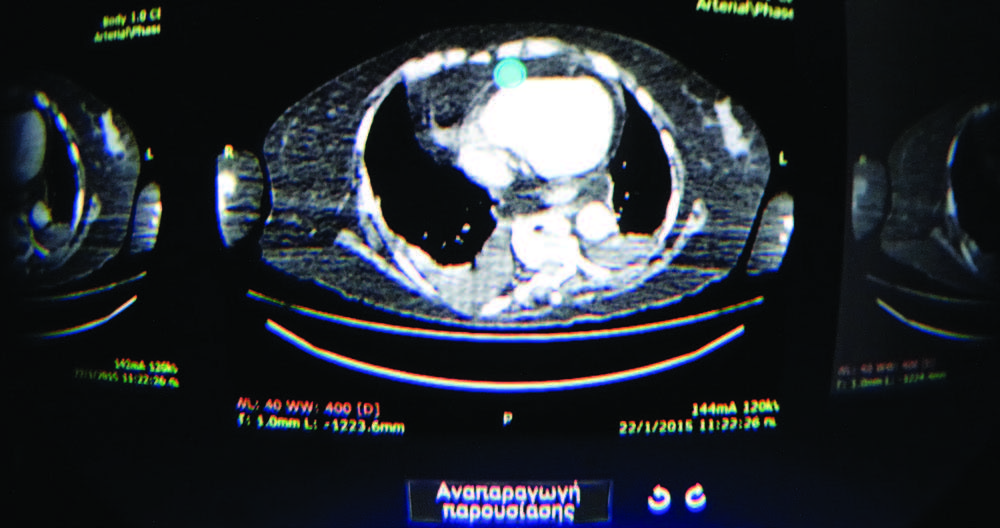 A screenshot of the actual interface displaying numerous images. 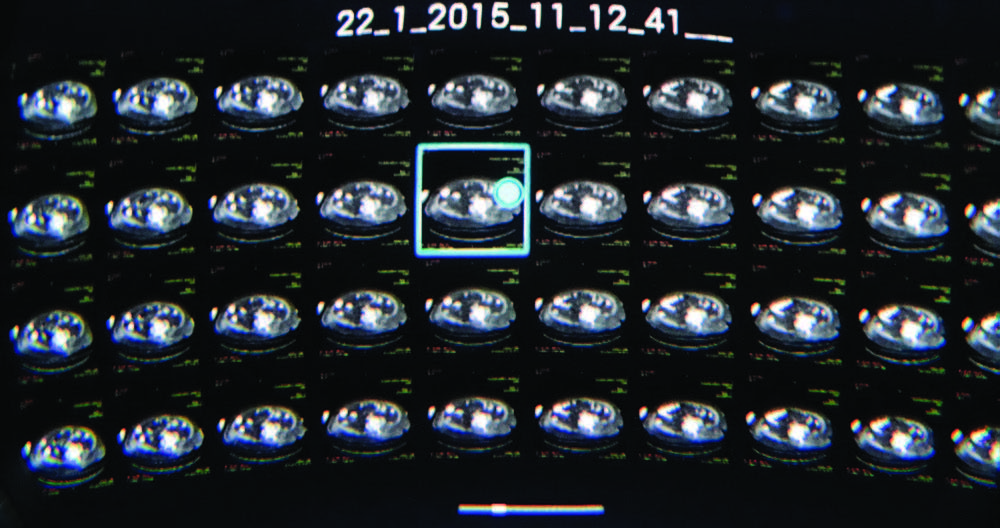 A screenshot displays a CT examination in the virtual reality system.