Alzheimer’s researcher focuses on structural connectome in the brain

While amyloid plaque is considered a hallmark of Alzheimer’s disease, researchers have yet to determine how the protein deposits found in the brains of Alzheimer’s patients relate to changes in the brain’s structure and function.

In an effort to unravel the ongoing mystery of Alzheimer’s, Jeffrey W. Prescott, M.D., Ph.D., and collegues at Duke University began investigating the differences in the structural connectome to determine any association between the connectome and amyloid deposits.

"One of our main goals was to investigate how early structural changes occur in the brain, and how these structural changes may relate to amyloid burden," said Dr. Prescott, a radiology resident at Duke University Medical Center in Durham, N.C. "Dementia has many different symptoms, and people decline at different rates. Neuroimaging may be the best way to investigate why those rates of decline are different."

Researchers studied results from 102 patients enrolled in a multicenter biomarker study, ADNI 2, who had both baseline diffusion-tensor imaging (DTI) and florbetapir PET at the time of analyses in November 2012. Standardized update value ratios (SUVr) were calculated from the PET scans for the frontal, cingulate, parietal and temporal lobes.

Dr. Prescott and colleagues concluded that increased amyloid burden—measured with florbetapir PET imaging—is related to changes in the topology of the large-scale cortical network architecture of the brain as measured with graph theoretical metrics of DTI tractography—even in the preclinical stages of Alzheimer’s disease.

“The prominence of these changes in patients with normal cognition raises the possibility that damage to the structural connectome may occur at a preclinical stage in patients at risk,” Dr. Prescott said.

Senior author on the study, Jeffrey R. Petrella, M.D., Professor of Radiology at Duke University, said, “The exact role of amyloid plaques in Alzheimer’s disease is still a topic of debate. Some believe they are causal, whereas others believe they are merely neutral by-products, so-called tombstones, of another process. By imaging the connectome—the brain’s vast Web of physical connections thought to underlie cognition—this work takes a step toward clarifying that role”.

These findings may offer a role in assessing brain damage in early Alzheimer’s and monitoring the effect of new therapies, according to Radiology editor, Herbert Y. Kressel, M.D.

"This type of analysis could have substantial impact on trials of Alzheimer's disease therapies," Dr. Kressel said. "Specifically, biomarker information, including the integrity of the connectome, might be studied to reduce development times for new drugs, diminish costs associated with clinical trials, improve drug safety and optimize drug efficacy."

Dr. Prescott credits the success of his research to the efforts of his colleagues on the study as well as the ADNI in granting access to its database.

"The research would not have been possible without the efforts of everyone involved with the Alzheimer's Disease Neuroimaging Initiative," Dr. Prescott said. "ADNI gave us access to a large, well-curated database of images and clinical information, so that we were able to investigate our hypothesis in a powerful but timely manner."

Still in the early stages of his career, Dr. Prescott plans to pursue Alzheimer’s disease research for the foreseeable future.

"My interest in this research is pretty straightforward. Alzheimer’s is a big problem and it’s becoming even bigger," Dr. Prescott said. "There is a lot of opportunity for neuroimaging to make advancements in diagnosing and treating the disease, and that role will only continue to grow." 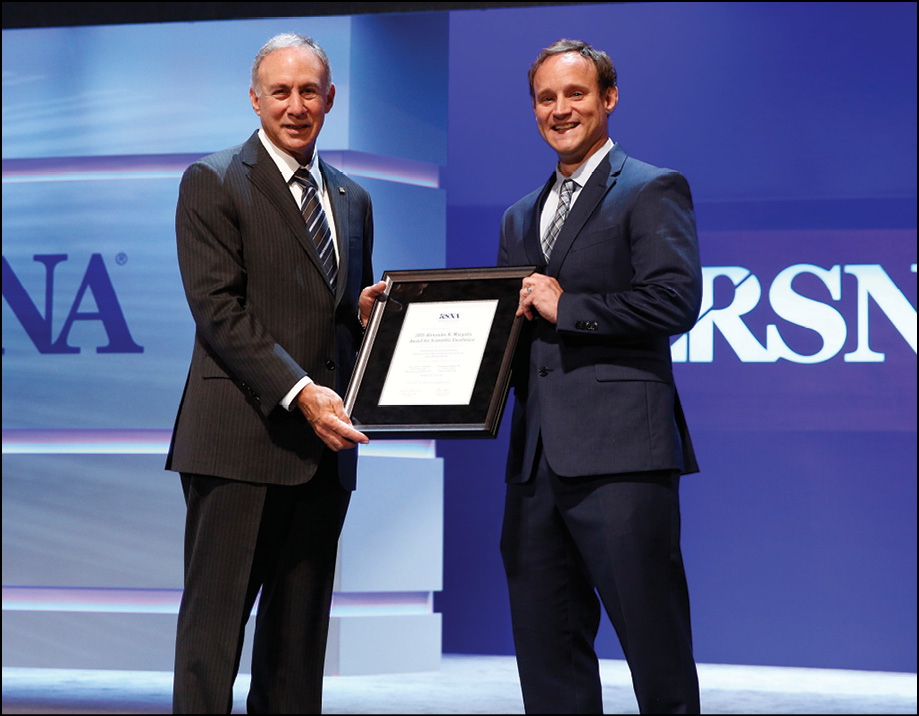