In an era of sophisticated business analytics and elaborate social media campaigns, one low-tech tool can still deliver impressive results: a survey of key stakeholders.

For the Department of Radiology at New York University (NYU) Langone Medical Center, conducting surveys of referring physicians has resulted in significant quality improvements as well as greater collaboration between radiologists and clinicians.

"It’s important to reach out to our key stakeholder group because our perspective may be different than that of referring physicians," said Andrew Rosenkrantz, M.D., associate professor at NYU, in a presentation of the department’s quality initiative at RSNA 2014. "They may have concerns but might not necessarily come forward with them."

The department created a multidisciplinary committee that not only went to great lengths to develop the survey—winnowing the list of potential questions to a manageable 10 for brevity’s sake—but also to distribute the survey to as many referring physicians as possible, mailing, e-mailing and handing the survey directly to clinicians during consultations and at conferences.

A total of 93 completed surveys were returned, representing a broad sampling of NYU’s referring clinicians. Once the feedback was reviewed, the committee wasted no time implementing quality improvements.

"We have limited resources, so getting feedback and hearing what’s important to the clinician shows us where to focus our energy," said Danny Kim, M.D., assistant professor and the Department of Radiology’s Director of Quality and Patient Safety. "Their suggestions show us where we can add value."

A common theme emerging from the survey feedback was a desire among referring physicians for more structured and standardized radiology reports, Dr. Kim said. In response, the department developed structured report templates and standardized lexicon to consistently communicate the level of confidence in diagnoses. A request for standardized instructions for pre-medication requirements for various imaging procedures prompted the department to create and distribute a one-page summary of requirements to clinicians.

To develop standardized recommendations for common and incidental findings, the Department of Radiology initiated collaborative work sessions with clinical specialists. For example, follow-up recommendations for ovarian cysts were established in cooperation with OB/GYN physicians.

"As the quality of imaging has increased, we have more incidental findings and we need guidance on how to deal with those," Dr. Kim said. "It’s not just radiologists determining what that follow up should be. We have developed collaborative guidelines supported by multiple departments that have identified the best management for a specific finding."

In the 12 months following the survey, the department also provided education on American College of Radiology (ACR) Appropriateness Criteria, embedded radiology reading rooms in a variety of clinical areas, and expanded evening and weekend radiology coverage.

"We were very active throughout the year," Dr. Rosenkrantz said. "We accomplished a lot."

A re-survey of referring physicians a year later revealed significant improvement across the majority of quality measures. The department also showed referring clinicians that their input mattered by publishing a booklet listing the departmental changes that occurred as a result of their feedback and distributing it throughout the hospital.

"[In the past] some surveys had been done but we didn’t really have the infrastructure to follow up and carry through with changes based on survey results," Dr. Rosenkrantz said. "People would say, ‘You did the survey but nothing ever happened afterward.’ To do a survey and be accountable and to act upon feedback we received was a change," he said. "It’s incumbent upon us to improve those things."

Even more importantly, the booklet documenting quality improvements—now in its second edition—opened up lines of communication between the Department of Radiology and other clinical areas.

"Now, other departments are asking to collaborate with us," Dr. Kim said. "They see we follow through and make improvements and they are motivated to collaborate. Now I get asked, ‘How can we work together?’"

As a result, NYU radiologists have an opportunity to more fully participate in what has historically been one-sided decision-making, Dr. Kim said.

"Clinical specialists tend to work in silos without much collaboration between departments," he said. "We are changing that by working together to figure out the best way to manage the patient. The radiologist’s report is only part of the equation. What’s the impact on clinical decision-making? What happens next to the patient? We want to make sure every patient has a good outcome."

As a tool to communicate information to referring physicians, the radiology report is a critical component of patient care. Because radiology reports also record information for future use and serve as the legal record that documents the episode of care, it critical that the report be uniform, comprehensive, easily managed and "readable" to humans and machines alike.

The RSNA radiology reporting initiative (RSNA.org/Reporting_Initiative.aspx) is improving reporting practices by creating a library of clear and consistent report templates that make it possible to integrate all of the evidence collected during the imaging procedure, including clinical data, coded terminology, technical parameters, measurements, annotations and key images. The free library of radiology report templates rel="noopener noreferrer" is available at Radreport.org. 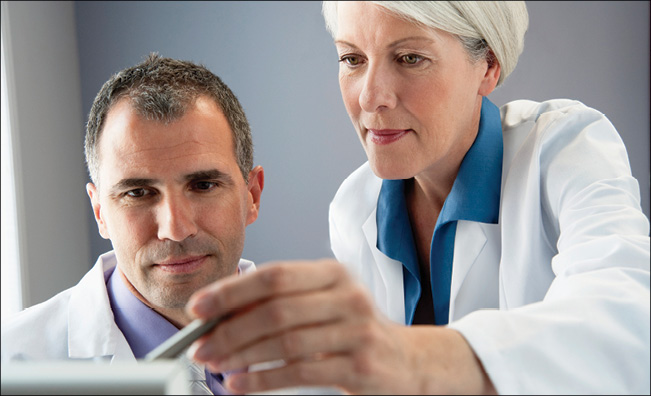 Surveying referring physicians gives radiologists critical feedback they might not otherwise have. "Their suggestions show us where we can add value," said Danny Kim, M.D.
Mary Henderson is a writer based in Bloomington, Ind., specializing in health and medicine.
Editor's Picks