In a study published online in February 2015 in the journal of Radiology, researchers from Brigham and Women’s Hospital, Boston, used a newly available public database from the Centers for Medicare and Medicaid Services to examine geographic variation in providers’ use of CT and MR, after adjusting for imaging referral across hospital referral regions (HRRs). Beneficiary and service counts, provider charges, Medicare-allowed amounts and payments, place of service, provider type and Medicare participation indicator were included. Researchers examined 124 million unique diagnostic imaging services (totaling $5.6 billion in Medicare payments) performed for 34 million Medicare beneficiaries across 306 HRRs.

"In our research, we drilled down to each imaging study at the provider level, making the data more transparent and accessible," said lead researcher Ivan Ip, M.D., M.P.H., an internist at Brigham and Women’s.

Dr. Ip and colleagues examined procedures per capita in each HRR and also developed an imaging referral index (IRI) to account for patients who crossed region boundaries. Researchers also measured utilization intensity, which they defined as the number of examinations per 1,000 beneficiaries.

Rather than attempting to determine causes, researchers sought to simply shed light on variations in radiologic procedure patterns, Dr. Ip said. "One of the problems is that providers often do not know that they practice significantly differently from their colleagues next door. Our mission is to bring transparency to this issue."

While previous studies have documented provider practice variations, this study delved further into the details, Dr. Ip said. "The more granular the data, the more actionable it is," he said. "For example, saying, ‘We should decrease the number of CT scans’ is far different than saying, ‘We do more than double the CT pulmonary angiography in patients presenting with chest pain versus our comparison hospital.’"

Wide variations across HRRs in specific procedures may create an opportunity to focus on each clinical scenario, Dr. Ip said. As opposed to broad national campaigns, researchers suggest using more targeted interventions focusing on providers that order or perform the most common procedures in the highest impact regions as a way of realizing necessary change.

"We see an effective, targeted approach as a local provider-led initiative in which stakeholders are involved in the design, execution and monitoring of the process," Dr. Ip said.

Another recent study demonstrated a correlation between inappropriate imaging by HRR region in breast cancer and prostate cancer patients.

Authors of the study published in the March 2015 issue of the Journal of the American Medical Association (JAMA) Oncology used American Society of Clinical Oncology standards to determine inappropriate imaging, garnering a broad sample from the Surveillance, Epidemiology and End Results (SEER) Medicare-linked database.

The study also demonstrated an association at the regional level in rates of inappropriate imaging of low-risk prostate cancer imaging and low-risk breast cancer imaging patients—suggesting that regional culture and infrastructure contribute to healthcare utilization patterns across diseases. These findings contrast with the Institute of Medicine position that individual-level decisions, rather than geography, drive regional healthcare spending variation.

Radiologists should use this data to reflect on potential biases within their region, said study author James B. Yu, M.D., M.H.S., a radiation oncologist at Yale University School of Medicine. "The regional variation likely has a lot do with practice mix, relative pressures and entrenched patterns of care," Dr. Yu said. "A lot of the way people approach medicine is local." 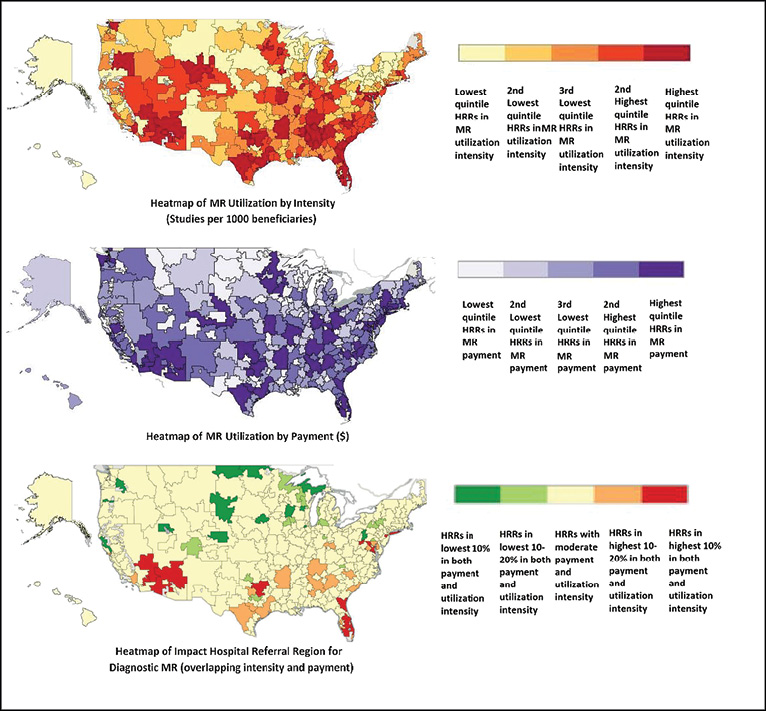 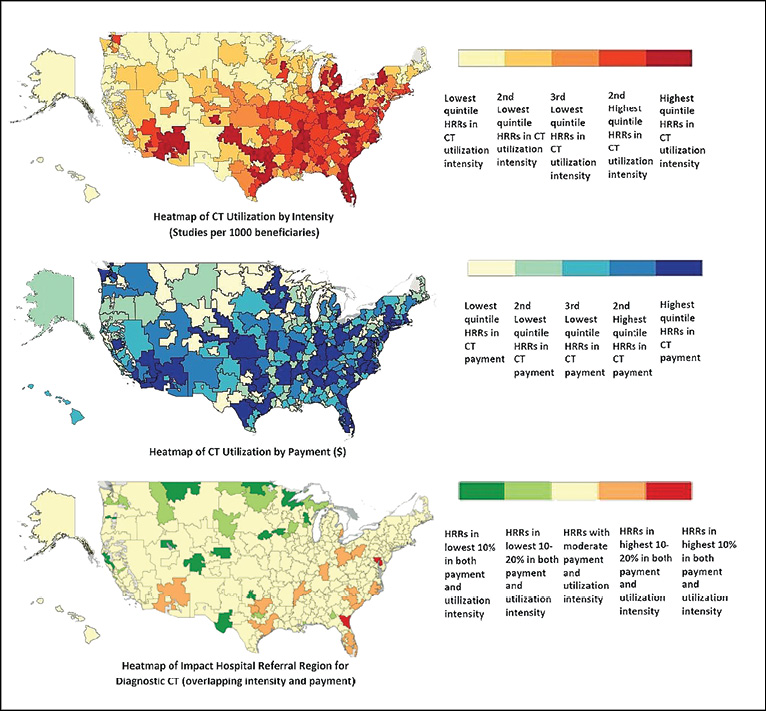