Imaging Could Improve Treatment of People with COPD

MRI and CT provide important information on the symptoms and exercise capabilities of people with mild-to-moderate chronic obstructive pulmonary disease (COPD), according to a new study published online in the journal Radiology. Researchers said the findings point the way to better treatment for some COPD patients.

Diagnosis often involves spirometry, a lung function test in which the patient takes a breath and exhales forcefully into a tube connected to a machine. This test, which produces a figure called the forced expiratory volume in one second (FEV1), has limitations.

"COPD is a very heterogeneous disease," said study co-author Grace Parraga, Ph.D., from the Robarts Research Institute in London, Ontario, Canada. "Patients are classified based on spirometry, but patients with the same air flow may have different symptoms and significant variation in how much regular activity they can perform, such as walking to their car or up the stairs in their home."

FEV1 does not necessarily reflect the whole picture of the lungs, but airways disease and emphysema can be directly measured with imaging. Dr. Parraga and colleagues set out to develop a way to explain COPD symptoms and exercise capability.

Researchers performed conventional CT and inhaled noble gas MRI, a technique for visualizing air spaces in the lungs, on 116 people with COPD, including 80 with milder disease. The patients also underwent lung capacity testing, filled out a quality of life questionnaire and took a six-minute walk to measure their exercise tolerance over a short period of time.

The implications of the findings are significant for patients with mild COPD and abnormal FEV1, according to Dr. Parraga.

"FEV1 doesn't tell the whole story," she said. "With lung imaging, we can look at patients with mild disease much more carefully and change treatment if necessary." 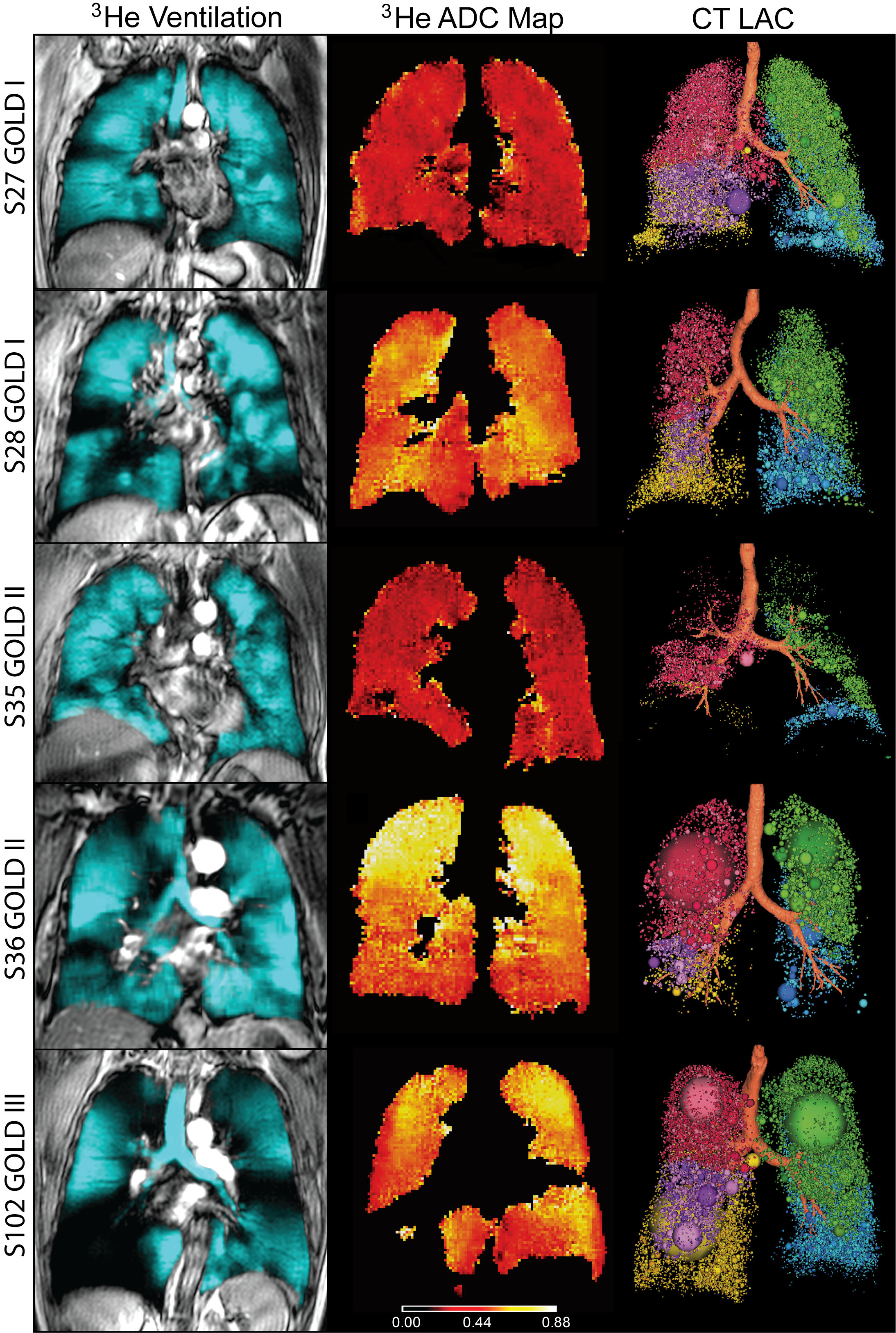