Blast-related injury and loss of consciousness is common in military traumatic brain injury (TBI). Structural MRI demonstrates a high incidence of white matter T2-weighted hyper-intense areas and pituitary abnormalities, with a low incidence of microhemorrhage in the chronic phase, according to new research published online in the journal Radiology.

Gerard Riedy, M.D., Ph.D., of the National Capital Neuroimaging Consortium in Bethesda, Md., and colleagues reviewed 834 participants with a history of TBI and 42 participants in a control group without TBI. All participants were military service members or dependents recruited between August 2009 and August 2014.

MR examinations were performed at 3T primarily with 3-D volume imaging at smaller than 1 mm3 voxels for the structural portion of the examination. The structural portion of this examination, including T1-weighted, T2-weighted, before and after contrast agent administration T2 fluid attenuation inversion recovery and susceptibility-weighted images, was evaluated by neuroradiologists using a modified version of the neuroradiology TBI common data elements (CDEs). Incident odds ratios (ORs) between the TBI participants and the control group were calculated.

The participants were diagnosed with predominantly chronic (mean, 1,381 days; median, 888 days after injury) and mild (92 percent [768 of 834]) TBI. Of these participants, 84.2 percent (688 of 817) reported one or more blast-related incident and 63.0 percent (515 of 817) reported loss of consciousness at the time of injury. The presence of white matter T2-weighted hyper-intense areas was the most common pathologic finding, observed in 51.8 percent (432 of 834; OR, 1.75) of TBI participants. Cerebral microhemorrhages were observed in a small percentage of participants (7.2 percent [60 of 834]; OR, 6.64) and showed increased incidence with TBI severity (P < .001, moderate and severe vs. mild). T2-weighted hyper-intense areas and microhemorrhages did not collocate by visual inspection. Pituitary abnormalities were identified in a large proportion (29.0 percent [242 of 834]; OR, 16.8) of TBI participants.

“This database will allow researchers from around the world to bring their expertise to a critical problem for the injured U.S. military population and their families, namely the accurate objective diagnosis of TBI and the related concern of possible progression to chronic traumatic encephalopathy,” the authors write. 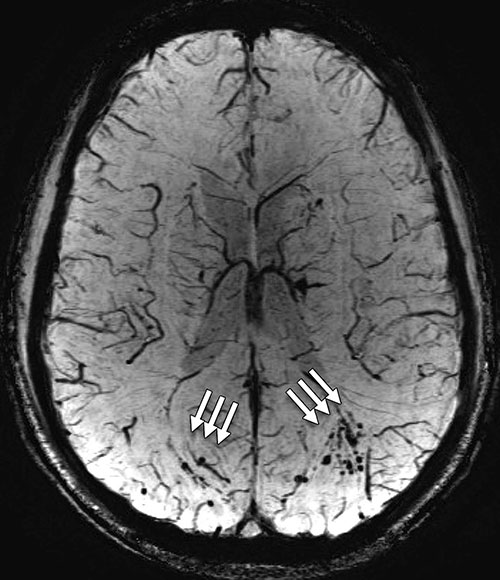 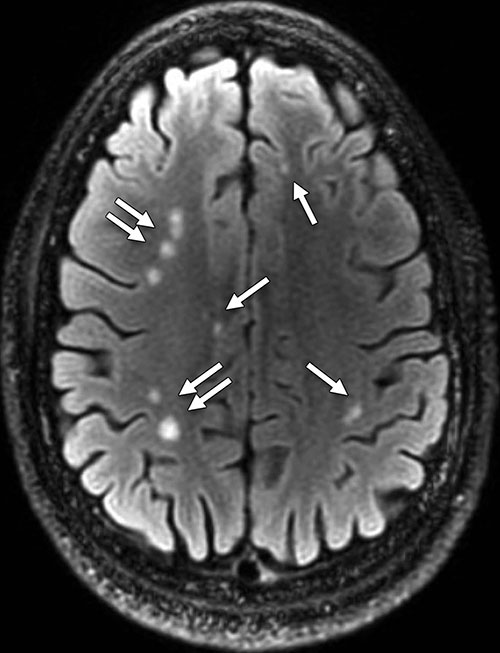 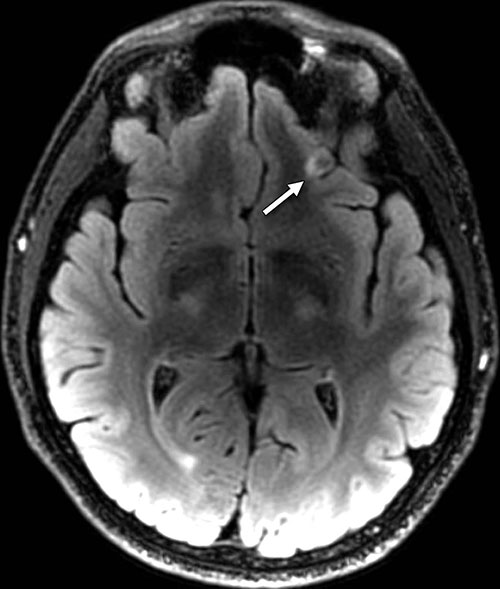