New research shows that digital tomosynthesis (DT) significantly outperforms chest radiography in the detection of potentially malignant lung nodules, while also improving decisions about patient management. And with a lower radiation dose than CT, a possible role for this technology in lung cancer screening is emerging, researchers said.

In the case of chest imaging, DT typically produces 40-60 section images of the patient from front to back using a limited movement of the X-ray tube behind the patient. While DT images are less detailed in the depth direction than those of CT, the technique has a substantially lower radiation dose and can locate smaller lung nodules than are detectable on conventional chest X-rays (CXR).

In the new study, James T. Dobbins III, Ph.D., professor of radiology at Duke University in Durham, N.C., and colleagues compared DT with chest CT, two-view CXR and dual-energy (DE) radiography. Presented at RSNA 2013, the study included 158 subjects at three institutions in the U.S. and one in Sweden.

“Previous studies have relied on thoracic radiologists as readers,” Dr. Dobbins noted. “This study is more indicative of the results you would get in a general radiology practice.”

Overall detection sensitivity for all pulmonary nodules was 13.5 percent for DT, compared with 3.8 percent for CXR. These sensitivity values are lower than in previous studies using thoracic radiologists as readers, but show a similar three-fold improvement using DT over CXR. DT also outperformed CXR for determining the best course of action using Fleischner Society criteria.

These findings put tomosynthesis in the spotlight as a potentially lower-dose, lower-cost option for lung cancer screening, researchers said. Lung cancer screening continues to be hotly debated, as indicated by the mixed signals coming from government advisory groups (See sidebar). Proponents of screening point to the National Lung Screening Trial (NLST), a large, randomiszed study of over 50,000 subjects published in 2011 in which participants who received low-dose helical CT scans had a 20 percent lower risk of dying from lung cancer than participants who received standard CXR.

Opponents worry about CT’s relatively high radiation dose and false-positive rate, two main concerns that tomosynthesis may address. “It could be that the sensitivity and specificity of tomosynthesis puts it in the sweet spot for lung cancer screening,” Dr. Kazerooni said. “However, a lot of research would be necessary to determine if this makes sense for clinical practice.”

With strong evidence of the advantage of DT over CXR, key questions moving forward involve clinical implementation of the technology, researchers said.

“For instance, tomosynthesis also might be a useful intermediate test for detecting cancers that have a tendency to spread to the lungs, for example, for patients with cancers like melanoma or sarcoma,” said study co-author Ella Kazerooni, M.D., a professor of radiology at the University of Michigan Health System in Ann Arbor. “Since tomosynthesis has a higher sensitivity than traditional chest radiographic images for detecting small lung nodules, it may have a viable role as a first screening technique in these individuals who are at high risk for developing lung nodules.”

DT also has a potential role as an alternative to CT for tracking changes in nodules over time, an important factor in treatment decisions. “Nodules that are growing are the ones that really need our attention,” Dr. Kazerooni said. Another potential application for DT is as a problem-solving tool for suspicious findings on CXR, which is perhaps better suited to some healthcare environments than others. “For instance, tomosynthesis fits more easily as a problem-solving tool in European practices because they keep patients in the clinic until they’ve read their images,” Dr. Dobbins said. “In the U.S., where the exams are read later, it would be more difficult to call patients back in and use tomosynthesis for this purpose.”

Dr. Kazerooni recently led a a group that developed a Lung Imaging Reporting and Data System (Lung-RADS), analogous to the widely used Breast Imaging and Reporting System (BI-RADS). As a quality assurance tool designed to help standardize lung cancer screening, Lung-RADS includes recommendations based on nodule size and appearance and is expected to reduce the false positive rate from one in 4 patients seen in NLST to approximately one in 10 patients.

As far as the imaging component of screening is concerned, a low-cost, low-dose procedure such as DT may play an important role as part of an overall movement toward identifying nodules most likely to be malignant. “But further research is needed before we can say this definitively,” Dr. Dobbins said. 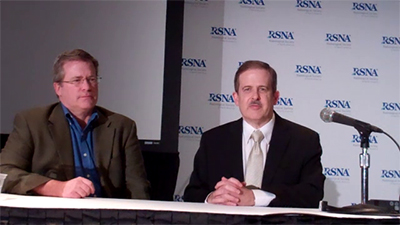 Registration for these and all RSNA 2014 courses is underway at RSNA.org/Register.

In making its decision, the 2014 Medicare Evidence Development and Coverage Advisory Committee (MedCAC), made up mostly of clinicians, cited high false-positive rates and the possibility of screening gradually being extended to a wider range of people, among other issues.

Ella Kazerooni, M.D., chair of the American College of Radiology (ACR) Committee on Lung Cancer Screening, expressed disappointment with the decision. Dr. Kazerooni, who spoke on behalf of ACR at the April session in Washington, noted that the U.S. Preventive Services Task Force (USPSTF) has already supported screening of asymptomatic adults aged 55 to 80 years with a history of smoking. The December 2013 USPSTF decision came out of a more deliberative process than that of the MedCAC hearings, Dr. Kazerooni said.

“The USPSTF put a lot of thought into their decision, even going so far as to request a modeling study,” she said. “Unfortunately, the MedCAC panel was not as willing to get into the details and didn’t give the topics their due time.”

In discussing potential benefits of screening, Dr. Kazerooni pointed to the National Lung Cancer Screening Trial, a study of more than 53,000 current or recent cigarette smokers that showed a reduction in lung cancer mortality for those who underwent low-dose CT.

“The MedCAC panel said there was not enough data to support screening,” she said. “Given the size of the National Lung Cancer Screening Trial, that’s a hard pill to swallow.”

The MedCAC panel’s decision is not binding. The Centers for Medicare & Medicaid Services (CMS) is expected to issue a proposed decision by November 2014 and a final decision by February 2015.

In June, the American Medical Association (AMA) House of Delegates voted to recommend that coverage of screening LDCT scans for patients at high risk for lung cancer by Medicare, Medicaid and private insurance be a required covered benefit.

ACR, the Lung Cancer Alliance and the Society of Thoracic Surgeons, released a statement supporting the AMA’s vote and urging others on Capitol Hill to join them in seeking full Medicare coverage of these lifesaving exams.

“We look forward to continued positive dialogue with CMS and to working with them to develop safety checks and make sure the right people are getting screened,” Dr. Kazerooni said.

Under the Affordable Care Act, private insurers are required to cover all medical exams or procedures without a co-pay that receive a grade of “B” or higher from the USPSTF. The USPSTF gave lung cancer screening with low-dose CT a “B.”

“Effective January 2015, insurers will be required to cover it, and anyone under 65 can get a lung cancer screening,” Dr. Kazerooni said. 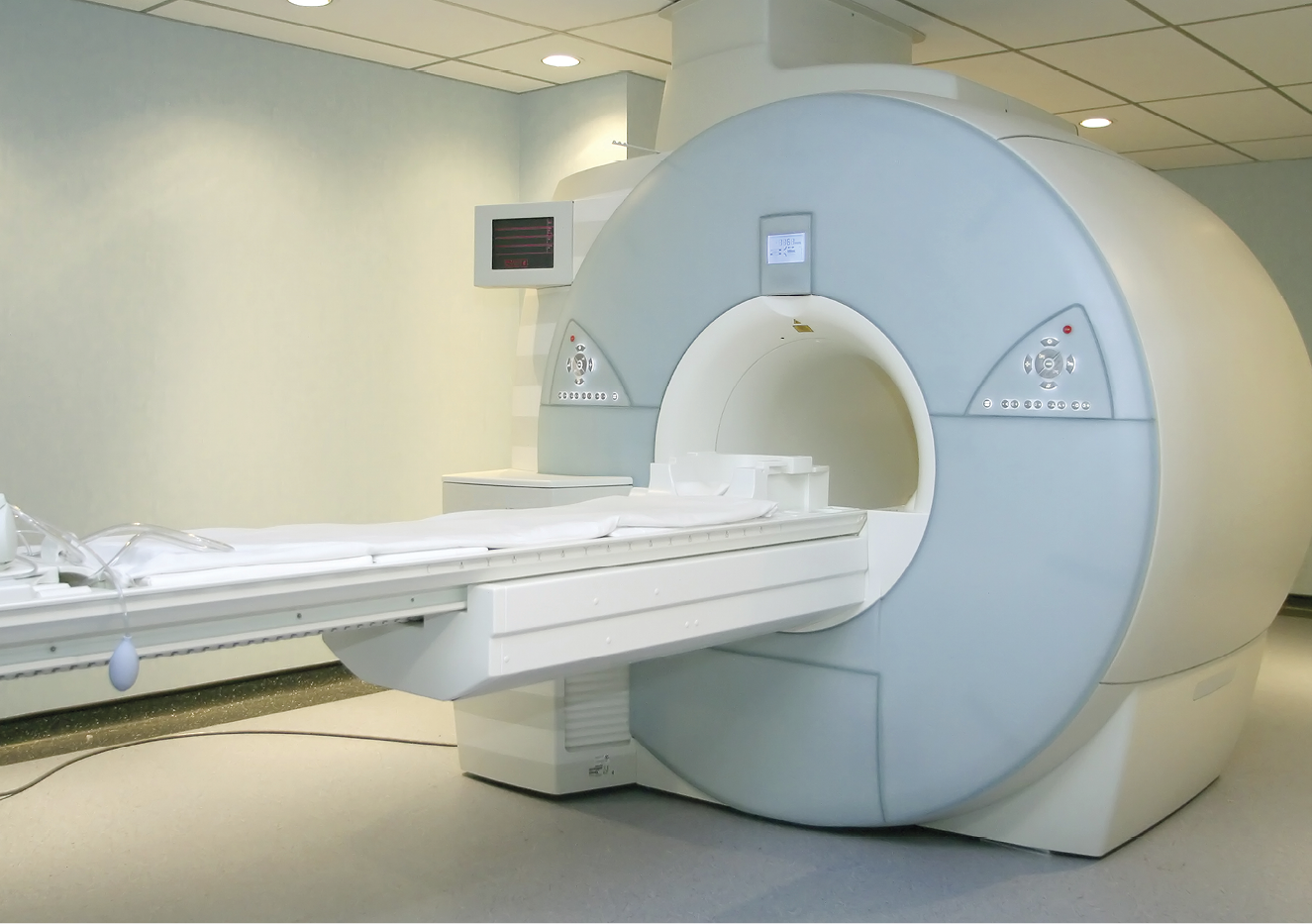 Lung cancer screening continues to be hotly debated among government agencies. While a government advisory panel recently voted against recommending Medicare coverage for low-dose CT (LDCT) screening in patients at high risk for lung cancer, in June the American Medical Association House of Delegates voted to recommend that coverage of screening LDCT for patients at high risk for lung cancer by Medicare, Medicaid and private insurance be a required covered benefit.
Richard S. Dargan is writer based in Albuquerque, N.M., specializing in healthcare issues.
Editor's Picks