Women as Likely as Men to be Full Radiology Professors, Research Shows

Although a gender gap still exists on the radiology research front, radiology is one of the few medical specialties in which men and women have a similar likelihood of being a full professor, according to recent Radiology research.

Researchers at Brigham and Women’s Hospital in Boston compared full professorship rates between male and female radiologists using a unique physician database provided by Doximity, an online networking service for U.S. physicians. The study was published online in Radiology and will appear in the April 2017 print issue.

The study comprised 5,089 academic radiologists representing approximately 11.3 percent of all U.S. radiologists in 2014. Of that number, 3,638, or 71.5 percent, were men. The average age for male and female radiologists was 52 and 49 years, respectively.

Overall, 16.5 percent of the women radiologists and 26.1 percent of the men were full professors, Dr. Kapoor said. After taking into account several factors known to influence academic promotion (age, years since residency, research productivity and medical school ranking among them), researchers determined that among radiologists with U.S. medical school faculty appointments in 2014, men and women were similarly likely to be full professors.

Although policies to reduce inequality based on gender are warranted, according to Dr. Kapoor, the findings show that radiology remains one of the few specialties in which the likelihood of being full professor is equal among men and women.

“Overall, I think the study represents good news,” Dr. Kapoor said. “Once factors known to affect research and clinical productivity are taken into account, female radiologists are just as likely to be full professors as male radiologists. This is unlike almost any other medical specialty, including psychiatry, pathology, and obstetrics and gynecology.”

Nevertheless, researchers determined that a gender gap persists on the research side of the profession. When they analyzed factors including National Institutes of Health (NIH) funding, scientific publications, clinical trial investigation and clinical volume measured according to 2013 Medicare reimbursement, they found evidence that female radiologists may lack equal opportunities. Women had fewer total and first or last author publications than men, were less likely than men to have NIH funding and generated less annual Medicare revenue.

“We need to work on getting male and female radiologists on an equal playing field — not just in terms of having equal promotional criteria,” Dr. Kapoor said.

While the study did not assess reasons for the gap in research opportunities, Dr. Kapoor pointed to several possibilities.

Women may be more likely to choose clinical or educational tracks which have different promotional criteria and research requirements,” she said. “Also, more women work part-time and take time off for maternity leave. Differences in childcare and household responsibilities may make it harder for female physicians to work full-time and publish at the same rate as men.”

The study shows that the rate of female first and senior authorship in radiology has increased over time, which means that women are already starting to close that gap, according to Dr. Kapoor.

“In order to make further improvements, radiology departments should continue to offer flexible work environments and work hours, which could encourage more women to work full-time,” she said. “Finally, the value of a good research mentor cannot be understated. Women should be encouraged to enter research tracks early in their careers and to find supportive mentors.” 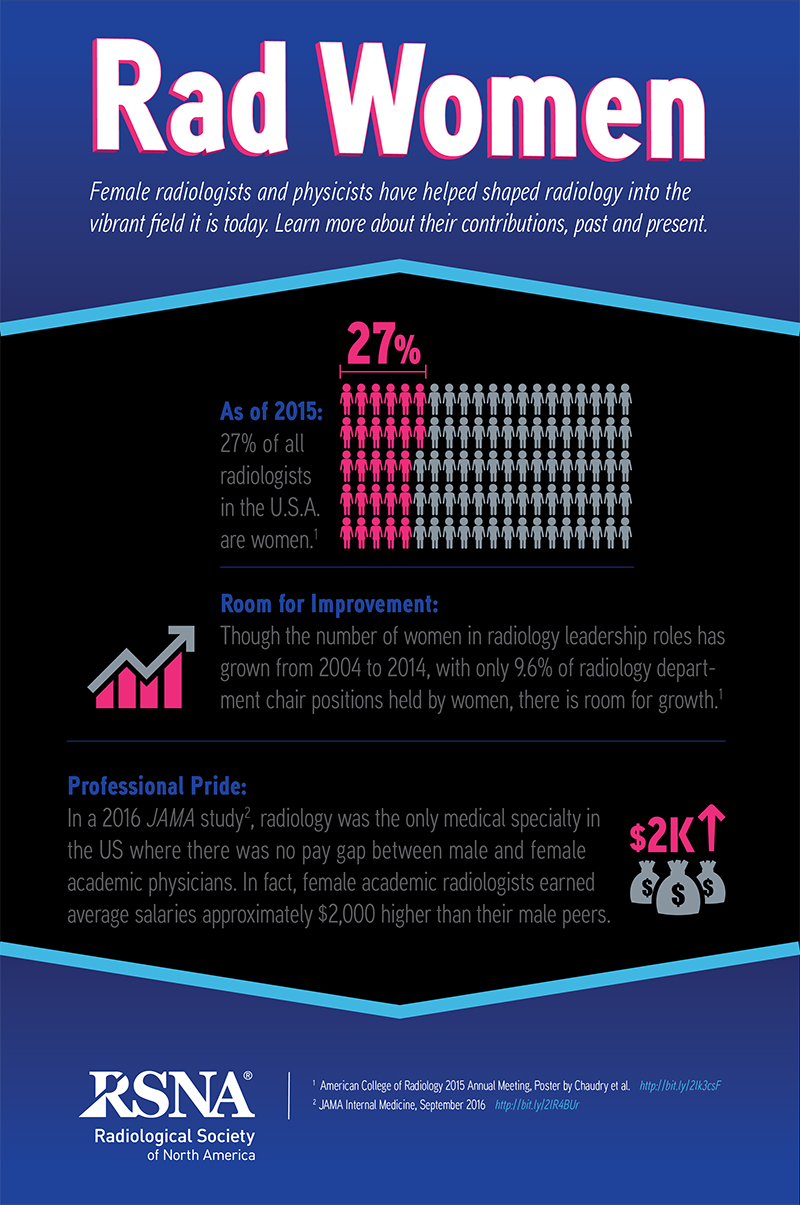