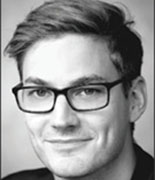 Results of the study published in Radiology suggest that the MRI-based visual scoring system focused on entorhinal cortex atrophy (ERICA) — one of the first brain structures affected in AD — has the potential to reliably distinguish AD patients from those experiencing subjective cognitive decline (SCD) at an earlier stage in the diagnostic process.

“Aside from neuropsychological testing and cerebrospinal fluid (CSF) biomarkers, structural MRI plays a pivotal role both in evaluating atrophy patterns and excluding other possible causes of given symptoms,” said Jonas Enkirch, MD, of the Department of Radiology, University Hospital (UH) in Bonn, lead author of the study.

Although prior studies have shown that the entorhinal cortex and transentorhinal region are affected in early AD, taking quantitative volume measurements for the structures is time-consuming and impractical in the clinical setting Dr. Enkirch said.

“It was our goal to create a simple, yet reliable tool to assess entorhinal cortex atrophy,” Dr. Enkirch said. “Its practicable application in daily routine was a matter of prime importance.”

The researchers conducted a retrospective study in which they first developed the ERICA score using data from a cohort of 48 subjects (20 with AD and 28 control subjects) who underwent 3-Tesla MRI between 2009 and 2016.

Their initial approach was problematic. “Before we devised our visual score, we tried to assess ERICA with simple length-width measurements and ratios thereof,” Dr. Enkirch said. “But we left that approach due to low inter-observer reliability.”

“During the initial development of the score, we were surprised to see recurring patterns of ERICA in patients with AD, especially a detachment of the entorhinal cortex from the cerebellar tentorium, which we later termed the ‘tentorial cleft sign’,” Dr. Enkirch said.

Using the scoring system, researchers then evaluated an independent cohort of 60 patients suspected of having AD and 60 age-matched patients with SCD. All subjects were patients from an affiliated memory clinic and/or those who were undergoing diagnostic testing for neurodegenerative biomarkers at UH Bonn.

According to the study, all eligible patients were required to have a documented diagnosis of probable AD including abnormal CSF or amyloid PET biomarkers, among other criteria.

Two blinded, independent raters assessed MRI studies of patients with SCD or probable AD. The raters applied the ERICA index test score and compared it to the medial temporal lobe atrophy (MTA) score, a validated means of assessing atrophy of the hippocampus.

Patients with AD had higher ERICA scores than those with SCD, according to results. An ERICA score of two or greater discriminated between AD and SCD better than the MTA score, researchers said. 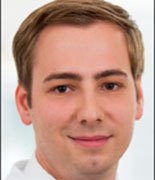 “Although advanced and expensive imaging procedures such as amyloid PET have been developed to identify patients with AD, structural MRI remains fundamental in the diagnostic work-up of a patient with dementia,” said study author Andreas Traschütz, MD, PhD, of University Hospital of Tubingen, Germany. “Entorhinal cortex atrophy could be as effectively assessed in a semi-quantitative manner by our ERICA score.”

Realizing the importance of an early AD diagnosis, researchers say confirming the efficacy of the ERICA score is an important next step in the process.

“The utility of the ERICA score remains to be shown in a more prevalent clinical setting, when the patient presents at early stages with mild cognitive impairment (MCI),” Dr. Traschütz said. “At this stage, however, we already see the potential for the ‘tentorial cleft sign,’ which defines a pathological ERICA score, to become a visual engram for every clinician, prompting consideration of AD dementia.”

Along with finalizing a follow-up study on patients with MCI, Dr. Enkirch and colleagues are planning a prospective study in close cooperation with the local memory clinic and the German Center for Neurodegenerative Diseases in Bonn.