Damage to white matter in the brains of former college and professional football players due to recurrent head impacts can be related to playing position and career duration, according to new Radiology research.

“Our study, by including both former collegiate and professional players, gives us the ability to examine career duration and playing position along with concussion history,” said study author Kevin Guskiewicz, PhD, research director for the Center for the Study of Retired Athletes at the University of North Carolina at Chapel Hill (UNC-Chapel Hill). “By doing so, we found that these factors are all important when considering the long-term effects of playing football.”

Researchers recruited 64 former collegiate and professional football players, aged 52 to 65. Half of the former athletes played only college football, and half continued on to the professional league. Half of the former players reported three or more prior concussions, while the other half reported one or no prior concussions. Researchers recruited an equal number of speed and non-speed playing positions.

Diffusion tensor imaging (DTI) and functional MRI (fMRI) were used to examine 61 of the former players; three players were excluded from the study. DTI was used to analyze white matter structural integrity, while fMRI was used to assess brain function while the players performed a memory task.

“While DTI and fMRI have been used previously in the field of concussion research, we are among the first to combine the two techniques,” said co-author Michael Clark, medical student at UNC-Chapel Hill. “By using two different and complementary types of MRI, we were able to see the relationship between structure and function, both of which are affected by head impact exposure.”

The results showed a significant interaction between career duration and concussion history.

Former college players with more than three concussions had lower fractional ansitropy (FA) in a broadly distributed area of white matter compared with those with zero to one concussion (t29 = 2.774; adjusted P = .037), and the opposite was observed for former professional players (t29 = 3.883; adjusted P = .001).

Researchers speculate that players with a long career duration, exposure to recurrent concussive events and who are cognitively normal in their late 50s may not be reflective of the highly exposed former professional football player population as a whole.

The interactions observed between concussion histories and playing positions suggest there may be important differences in the mechanisms of injury between speed and non-speed players. The magnitude, location and frequency of head impacts in football differ by position.

“The differences in brain structure and function were observed in the absence of clinical impairment, which suggested that multimodal imaging may provide early markers of onset of traumatic neurodegenerative disease,” the authors concluded. 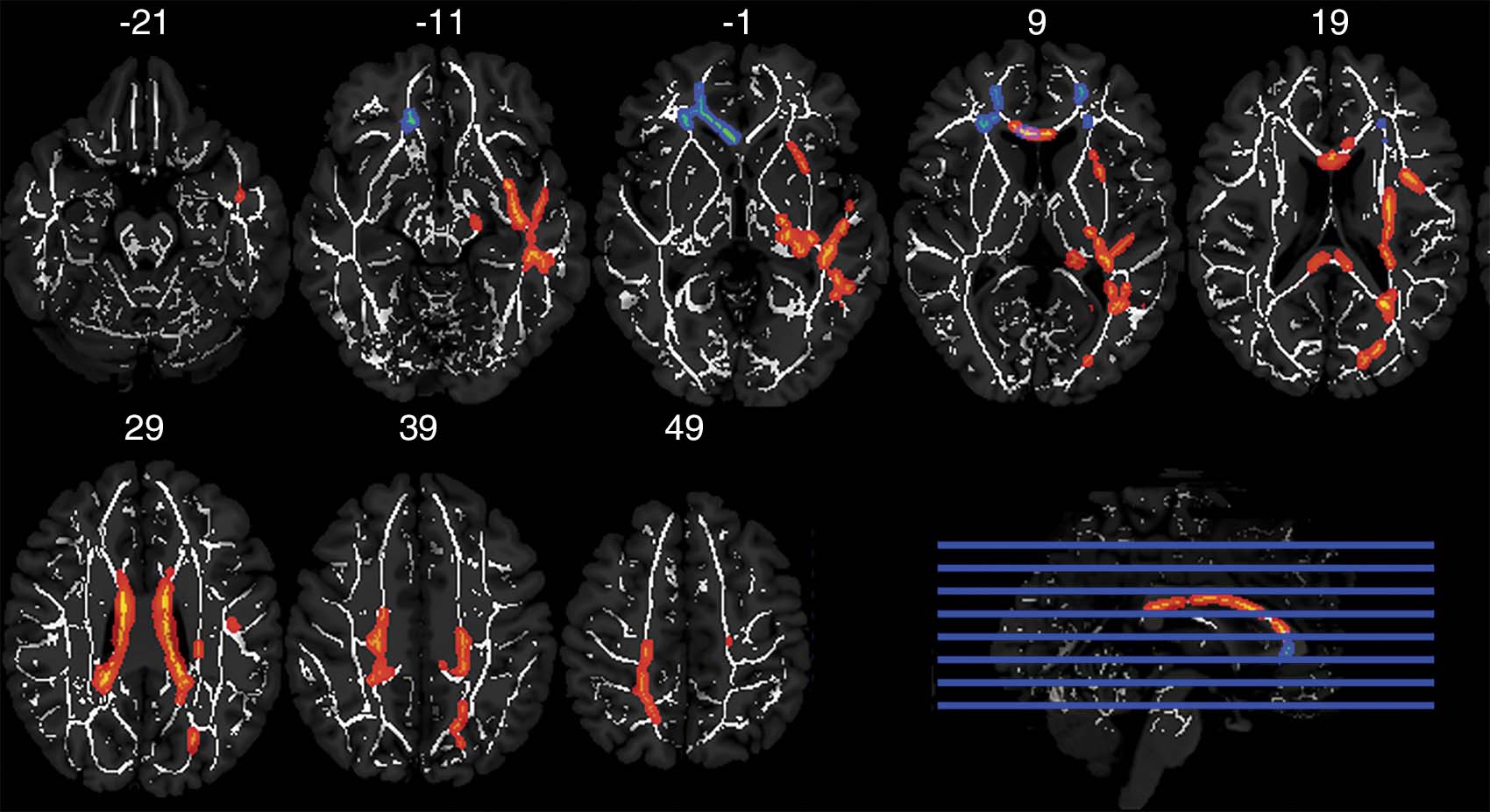