The Roots and Growth of Interventional Oncology

As the field of interventional oncology continues to grow in acceptance and practice, its roots can be traced back to an off-site gathering at an iconic Chicago pizzeria during an RSNA annual meeting more than 15 years ago.

A group of radiologists met at Gino’s East to pursue their collective curiosity and sense of exploration about the future of ablation, which laid the groundwork for what became interventional oncology.

“I’m emotionally attached to that meeting because that was truly the start of a new chapter of medicine,” said Riccardo A. Lencioni, MD, now one of the world’s foremost interventional oncologists and founder of the European Conference on Interventional Oncology (ECIO).

At the time of the gathering, the term interventional oncology hadn’t yet been coined. Using radiofrequency ablation for liver tumors was in its embryotic stage, though it was used more frequently in Europe than in North America.

Dr. Callstrom pointed to kidney ablation as an area in which he didn’t anticipate growth. At the start, interventional oncologists focused on liver ablation because that was where the technique was first employed.

“Kidney ablation was just starting to come online when we met, so people didn’t know if it was going to be a significant area,” Dr. Callstrom said. “But it has turned out to have climbed the ladder of clinical acceptance the fastest.”

The field’s burgeoning growth is also evident through the interventional oncology multisession series at RSNA’s annual meeting, which developed as the original group of 20 continued to meet over the years. The series began at RSNA 2005 and eventually developed into the five-day symposium it is now.

Many of the original group served as moderators or presenters of the symposium. They’ve earned international renown as their careers progressed and ablation gained wider clinical acceptance.

“RSNA, because of its wide-reaching international interest, was the perfect opportunity at that time to bring together experts from various countries,” said Damian E. Dupuy, MD, director of tumor ablation at Rhode Island Hospital and a professor of diagnostic imaging at Brown Medical School in Providence, RI. “It allowed the meeting at Gino’s to occur. Without the RSNA annual meeting, the growth of interventional oncology might not have happened as easily or as organically.” 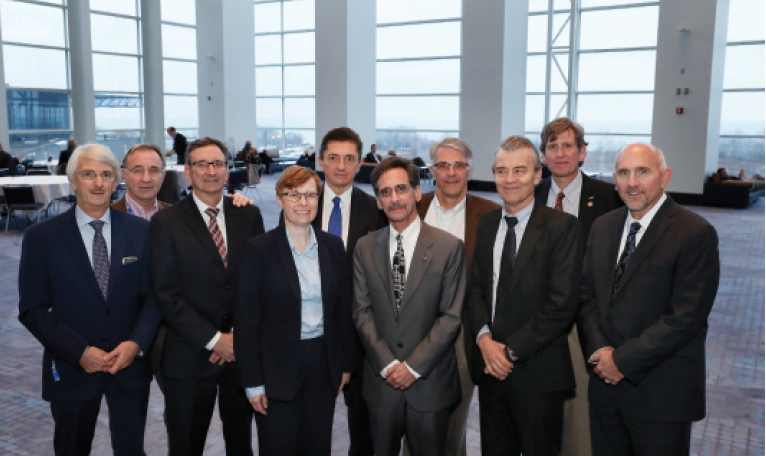 The group pictured above were among the attendees at a Gino’s East pizzeria gathering more than 15 years ago that spurred the growth of interventional oncology.
Editor's Picks