Although surgery is the best treatment for many cancers, the wide surgical margins and the close proximity of vital anatomic structures often mean that surgical resections cannot be performed without causing potentially devastating cosmetic and functional consequences.

As a resident at Stanford University Medical Center, Martin T. King, M.D., Ph.D., hypothesized that if the true pathological extent of an underlying lesion could be characterized non-invasively, smaller surgical margins could be used— yielding better outcomes for the patient.

“Whereas we initially proposed validating CLI for 18FDGguided surgery, we proposed a new modality, beta-RLI, and sought to compare this modality to CLI in vitro and in vivo,” Dr. King said.

According to Dr. King, the technique incorporates a scintillator for improved photon sensitivity as well a gamma rejection strategy for more preferentially imaging beta particles. He hypothesized that this method would provide enhanced photon sensitivity compared with CLI.

For the research, which was published in the September 2015 issue of the Journal of Nuclear Medicine, Dr. King and colleagues used in vitro phantoms to characterize the photon sensitivity and resolution of CLI and beta- RLI. Researchers also conducted a series of in vivo experiments with xenograft mouse models using both amelanotic (A375, UMSCC1-Luc) and melanotic (B16F10-Luc) cell lines. The B16F10 and UMSCC1 cell lines were transfected with the luciferase gene (Luc). CLI images were acquired over 300 seconds and beta-RLI images were acquired using two 10-second acquisitions.

Researchers correlated 18F-FDG activities, as assessed by PET, with tumor radiances for both beta-RLI and CLI techniques and also compared tumor signal-background ratios (SBR) between these modalities for amelanotic and melanotic tumors. Based on the in vitro experiment, beta-RLI was 560 times more sensitive than CLI, although the spatial resolution was inferior to that of CLI. In the in vivo studies, tumor signals were less apparent after partial resection and almost indiscernible after full resection for both modalities, Dr. King said. Furthermore, the melanotic B16F10 tumors were readily apparent on beta-RLI but not on CLI, possibly due to light absorption by the dark pigment.

“Although investigators have utilized beta probes for the intraoperative imaging of 18F-FDG-avid tumors, beta-RLI provides a larger imaging field of view as well as optical image overlay,” Dr. King said.

Although the beta-RLI technology is still in the testing phase, Dr. King said the potential for clinical use definitely exists. “It could be an emerging technique in the future,” he said. “Further engineering developments are needed to realize the full clinical potential of this modality.”

Considering the complexity of academic research, Dr. King is grateful that his RSNA grant provided the protected time and the flexibility to take his study in a new direction.

“This research study is one example of how research directions may change based on results from preliminary experiments,” he said. “By providing investigators with flexibility, RSNA gives researchers an opportunity to pursue exciting research opportunities that may have not been present at the time of grant preparation.”

"Dr. King's work published in last year's Journal of Nuclear Medicine caught the attention of the imaging research community," said Lei Xing, M.D., Ph.D., a professor of radiation oncology/radiation physics at Stanford who supervised Dr. King's project. "I am expecting important accomplishments from him in the years to come."

Currently, Dr. King is completing a brachytherapy fellowship in the Department of Radiation Oncology at Memorial Sloan Kettering Cancer Center in New York. In August, he plans to assume a faculty position at Brigham and Women’s Hospital in Boston.

CAREER IMPACT:
“The RSNA grant has profoundly influenced my academic career aspirations. I am excited to continue my career as a future faculty member at an academic institution, and I will forever be indebted to my initial research funding opportunity provided by the RSNA Research Resident Grant.”

CLINICAL IMPLICATION:
“We have created a new imaging technology—beta-radioluminescence imaging (RLI)—which has shown to have better photon sensitivity than Cerenkov luminescence imaging. With future engineering developments, beta-RLI has the potential for aiding physicians in localizing 18FDG-avid tumors at the time of surgery.” 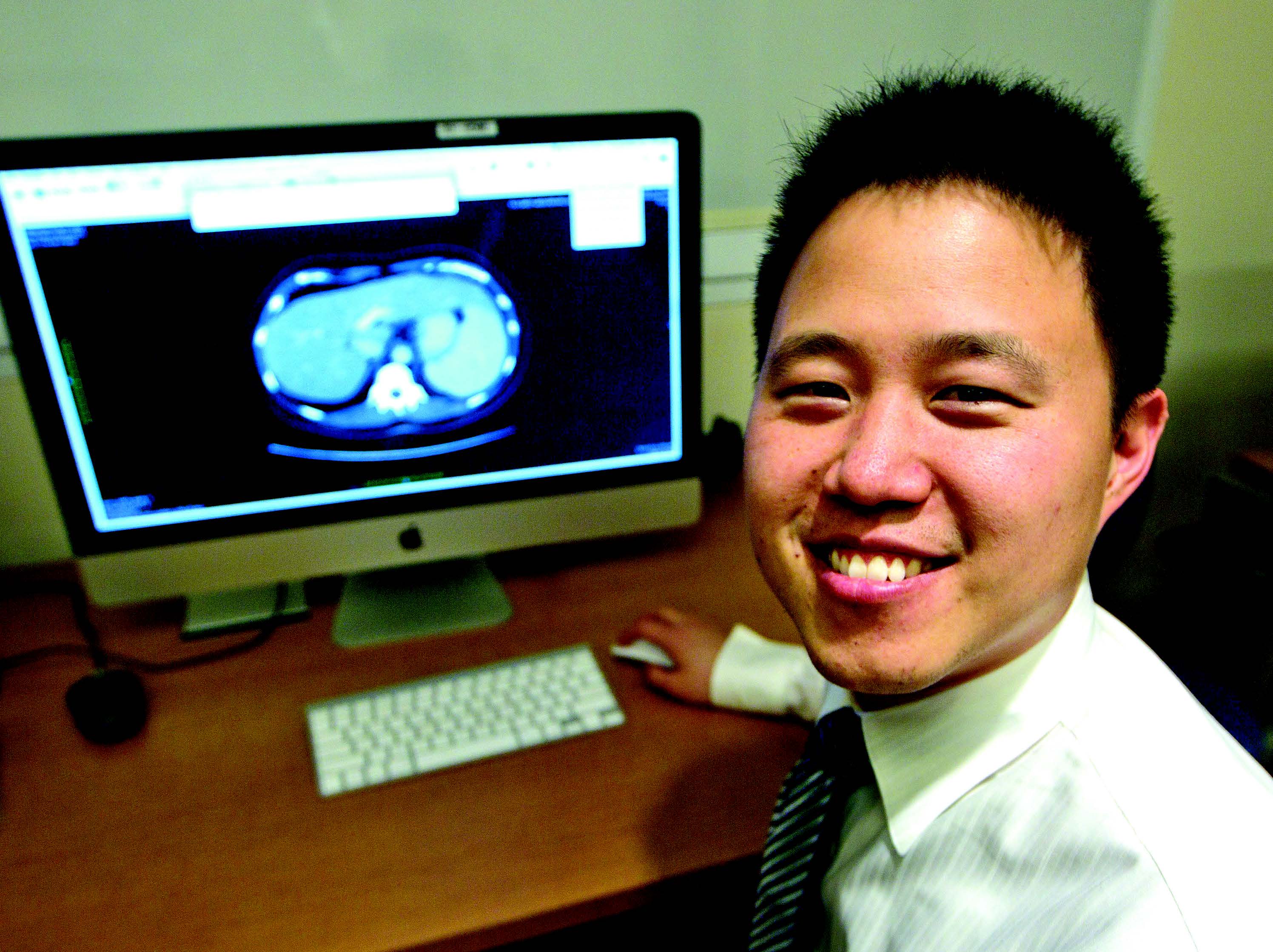