Four years ago, a single question posed by Muneeb Ahmed, M.D., led to a successful RSNA-funded research project on radiofrequency (RF) ablation, spawned a series of successive studies, and launched a promising line of research in interventional oncology.

“In tumor ablation, in which extreme heating or cooling is used to kill tumor cells around an ablation needle placed into the tumor with image-guidance, most research has focused on creating the largest ablation zone possible to treat larger tumors more completely,” Dr. Ahmed said. “But research has been limited to the effects of that procedure around the edges of the treatment area. My colleagues and I were interested in knowing: Can partial heating of tumor and normal liver cells at the margin of the RF ablation zone affect tumor cells that are present elsewhere in the body? We wanted to understand these reactions at a biological and mechanistic level with the hope of using this information to develop ways to direct and improve overall treatment.”

In his RSNA research, Dr. Ahmed implanted breast adenocarcinoma tumors subcutaneously in animals. He then performed RF ablation in normal liver and kidney tissue in these animals to simulate everyday interventional oncology clinical practice, in which the normal tissue margin is ablated. He measured tumor growth in the animals before they were randomly assigned to the RF treatment group or to the control group. Then in all animals (treatment and control), he measured tumor growth and performed immunohistochemical (IHC) and western blot analysis for markers of inflammation and cell infiltration, cytokines, cellular proliferative indices and markers of neoangiogenesis. Findings demonstrated that RF ablation increased the expression of several key factors with known links to tumor growth stimulation, including hepatocyte growth factor (HGF), vascular endothelial growth factor (VEGF) and interleukin-6 (IL-6).

The initial study concluded that RF ablation of tissue can incite significant unwanted “off-target” tumor growth far away from the treatment zone. “This finding may have significant implications concerning the current use of RF ablation in clinical practice,” Dr. Ahmed said.

The findings were observed after RF ablation of two different organs and in two different animal tumor lines, suggesting that “off-target” RF-induced secondary effects may occur over multiple organs or ablation sites, and, therefore, may be more widespread than currently appreciated. In the next experiments, immediately after RF ablation, Dr. Ahmed administered different drugs that blocked HGF, VEGF or IL-6. He demonstrated that in the presence of these blocking agents, following ablation, levels of these factors and tumor growth remained at baseline and did not increase.

Dr. Ahmed also found that not all tumors seemed to be susceptible to off-target effects of RF ablation, suggesting that tumor receptor positivity may hold promise as a biomarker to predict tumors that are more susceptible to cytokinetic responses following hepatic ablation.

Results of this study were presented in two abstracts at RSNA 2013 and formed the core data for an invited refresher course at RSNA 2014 and 2015. Dr. Ahmed’s findings were also used as preliminary data for a follow-up pilot development grant from the Northeastern University Center for Translational Cancer Nanomedicine (CTCN), and for additional larger grant applications to the National Institutes of Health (NIH), which are currently under review. Dr. Ahmed’s research was also published online in Radiology in September 2015 and in PLOS ONE in July 2015.

“Not only has Dr. Ahmed used this RSNA seed grant to explore one of the most important questions currently facing interventional oncology, but he has also parlayed this into peer-reviewed, NIH-sponsored funding,” said Dr. Goldberg. “His scientifically rigorous mechanistic-based approach to understanding how and why our local therapies can have systemic and sometimes negative effects holds substantial potential for markedly improving ablation and transcatheter therapies.”

CAREER IMPACT:
“The RSNA Research & Education Foundation seed grant allowed me to obtain preliminary data that has already led to additional grant funding and has formed the core basis for several additional grants,” Dr. Ahmed said. “RSNA has been very supportive of me during the early stages of my career.” 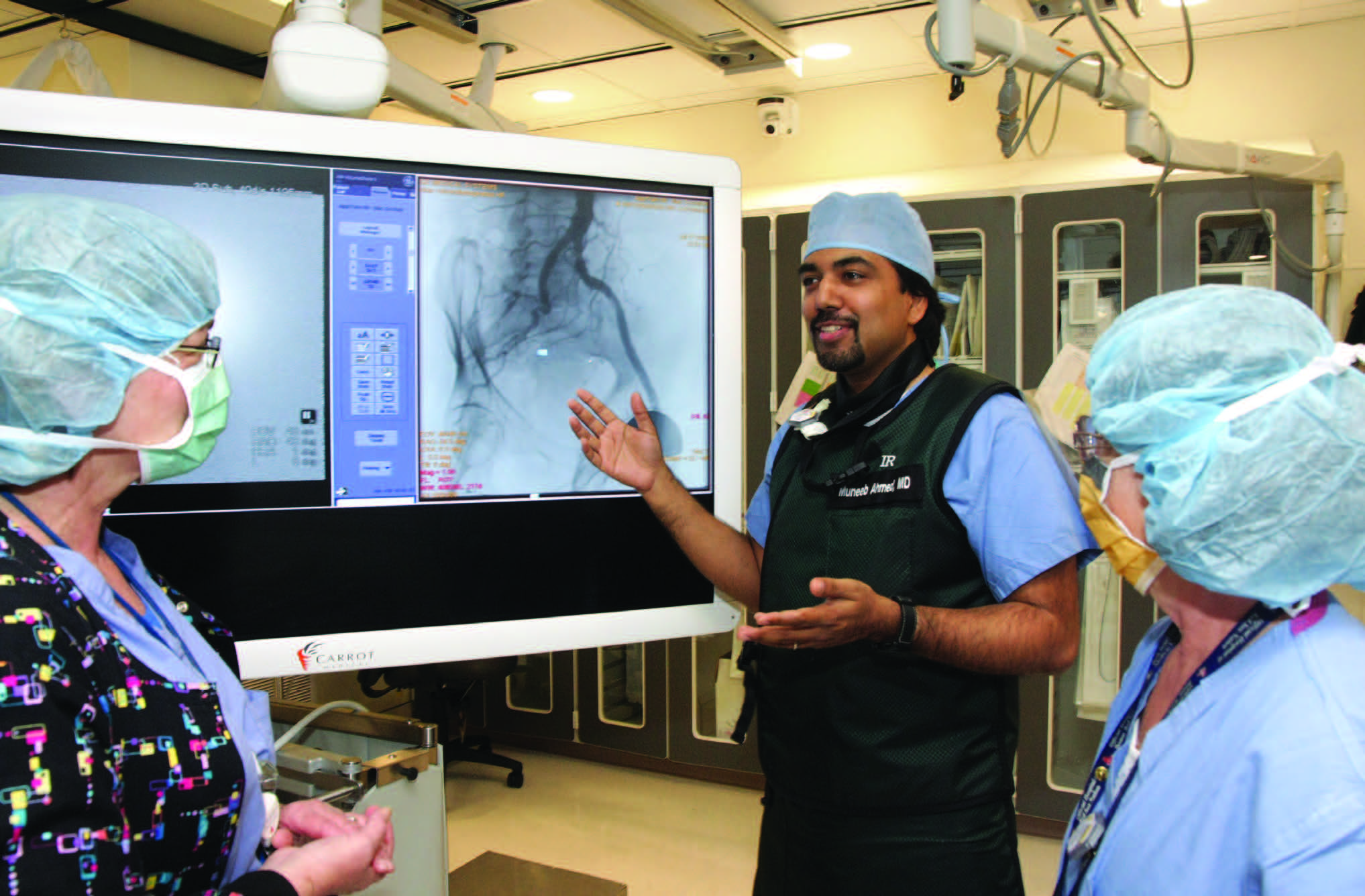