While radiologists' workloads increased by 43 percent between 2001-2013, their Medicare reimbursements have only increased by 24 percent, according to the analysis of Medicare Part B databases conducted by Manisha Patel, M.D., of Thomas Jefferson University in Pennsylvania.

"There is a clear imbalance," Dr. Patel said. "Radiologists' workloads grew considerably faster than their reimbursements over the entire study period, while in the downturn of the last few years, they saw a considerably greater drop in reimbursements than in workload."

The study crunched the numbers from the nationwide Medicare Part B databases for 2001-2013, examining Current Procedure Terminology (CPT) codes for all noninvasive diagnostic imaging by radiologists. By assigning a total professional component (PC) relative value unit (RVU) to each code each year and calculating RVU rates per 1,000 Medicare beneficiaries, PC RVU rates were generated as a proxy for workload and cost. Total Medicare payments to radiologists were also drawn from the database.

Meanwhile, total Medicare payments to radiologists have not kept pace. Reimbursement levels have risen by only 24 percent from 2001-2013—to $4.2 billion in 2013 from $3.4 billion in 2001. Reimbursements actually outpaced productivity until 2006—peaking that year at $5.3 billion—but by 2013, reimbursement had fallen 20 percent.

The Deficit Reduction Act passed in 2005 caused the drop in reimbursement rates and the Affordable Care Act has limited cost increases since it passed in 2010, Dr. Patel said.

The reduction in Medicare reimbursements could be creating a negative feedback loop that accelerates the imbalance, Dr. Patel said. A reduction in professional fees likely pressured radiologists to try to increase their revenue by increasing productivity. Thus, radiologists must interpret more studies within a given time period.

There are a number of strategies radiologists can employ to help reduce reimbursement cuts, Dr. Patel said. These include maintaining representation in the Relative Value Scale Update Committee to ensure that payments to radiologists are appropriate and advocating for the Center for Medicare & Medicaid Services to forgo further reimbursement cuts.

Also, Dr. Patel said, "Given the shift from a fee-for-service to a fee-for-value reimbursement model, it is important for radiologists to add value to the profession and expand their repertoire of services through noninterpretive work."

For example, she suggested joining hospital committees to build relationships with administrators, doing more consulting with referring physicians as well as patients, and screening requests for imaging exams to ensure they are necessary. To further expand their practice, radiologists could also supervise advanced imaging exams.

"Radiologists may find it financially difficult to care for Medicare patients and be forced to reduce services," she said. "There may be inappropriate emphasis on increasing efficiency rather than providing higher quality care. Radiology may be increasingly viewed as a commodity." 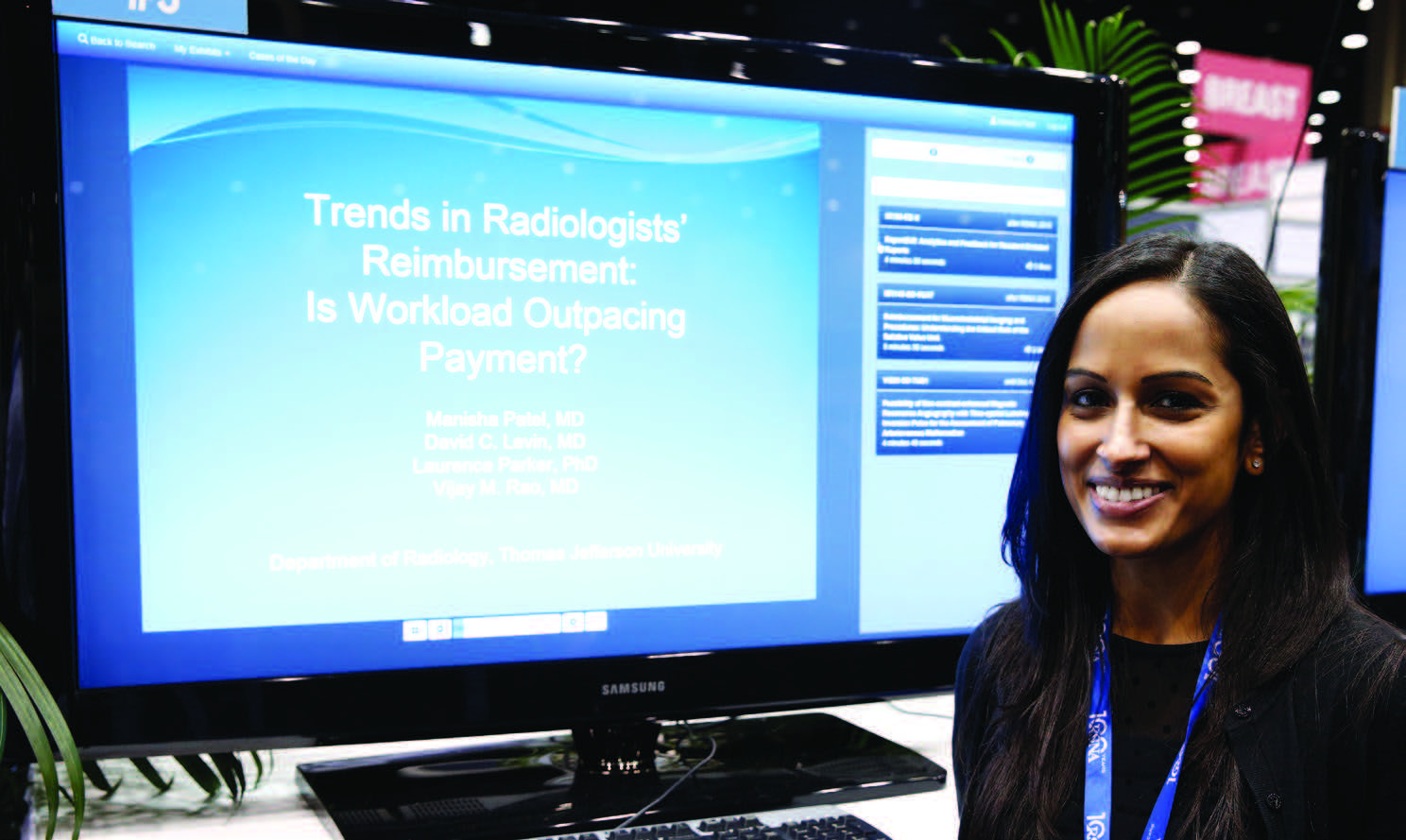