The beautiful, gold-framed painting that holds a place of honor in the home office of Albuquerque, N.M., radiologist Michael Linver, MD, offers a daily reminder of the impact he has made on the life of one special patient.

Considering the dedication Dr. Linver, also known as “Mammo Mike,” has shown to patients throughout his three decades in breast imaging, the painting titled “Angel of Goodness” likely reflects the sentiments of hundreds of others.

“Thank you so much for all you do for so many,” wrote patient/artist Janis Loverin on the back of the artwork she presented to Dr. Linver in 2015. “I appreciate your dedication to helping women with breast cancer so very much…only a really trained eye would have seen my Stage I breast cancer.”

The painting is part of Loverin’s “Agent of Goodness” Earth Angels series depicting “Blessengers,” as she calls them, who come to guide, bless and rescue.

Dr. Linver, of the Breast Imaging Center of X-Ray Associates of New Mexico, says he was “overwhelmed” by the painting that is also featured on RSNA’s Radiology Cares® online Caring Quilt, a virtual patchwork of patient messages of thanks to radiologists and radiology department teams.

A pioneer in the movement now known as patient-centered care, Dr. Linver established his approach to patient care early in his career. When he became a breast imager in the 1980s, he quickly realized the importance of giving each patient the individual attention that has kept many coming back for decades. One example: because Albuquerque is a very rural area, some patients drive 200-300 miles for an appointment. Dr. Linver makes sure he sees these patients in person.

“I do give them special attention,” he said. “And if I have long-standing patients who I’ve known for decades, I’ll go out and say ‘hi’ and give them a hug.

Over the years, Dr. Linver’s practice has grown considerably. Because he now screens 40-50 patients a day, he spends hours doing batch screenings and often does not have time to speak to each patient. But he still manages to provide that personal touch. For patients who want same-day results, Dr. Linver asks for their contact information and calls them at the end of the day.

“I call roughly 10 to 12 people each day to discuss their cases,” he said. “I call at a time when I’m free to talk. It’s extremely important to me to give them that personal contact.”

When he performs a biopsy, he gives the patient his home phone number as well as a personal email address. He also provides those patients with a connection to a surgeon, just as he did with Loverin, who Dr. Linver says is doing very well. “When we detect something suspicious in a breast screening, 95 percent of patients have promising outcomes,” he said.

While Dr. Linver is a busy lecturer on mammography, having presented more than 900 talks throughout the U.S. and in over 20 countries, he is also an in-demand speaker on patient-centered care and has presented sessions at numerous radiology conferences, including RSNA annual meetings. Although breast imaging and patient-centered care are two different topics, Dr. Linver says they are part of the same issue.

“We teach radiologists to do this great thing in reading images, but we teach them very little about relating to the patient, which is just as important,” he said. “My approach has always been patient-centered, and now the entire profession is aware that this is vital to our success and future.” 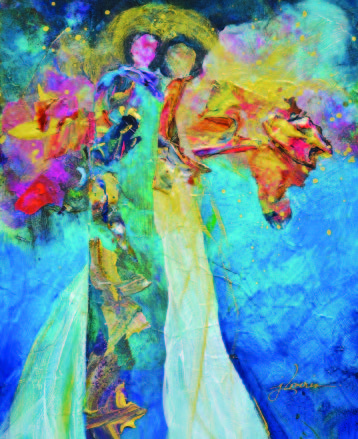 Patient/artist Janis Loverin presented the painting, "Angel of Goodness," to radiologist Michael Linver, MD, in honor of the care and dedication Dr. Linver shows his patients. 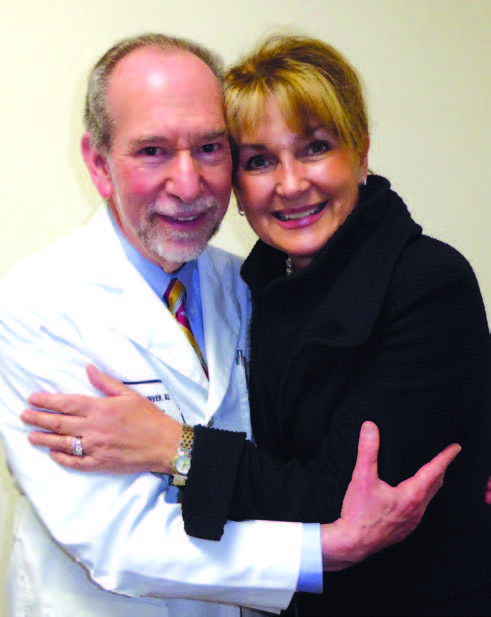 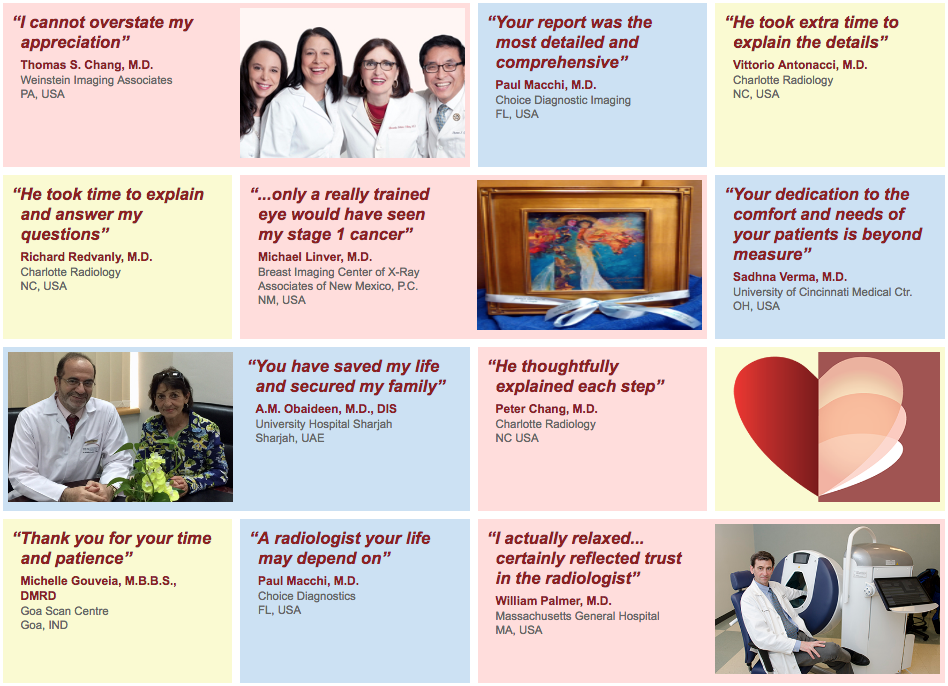