Technological advancements are making it ever easier for radiologists to create high-quality, value-added reports without sacrificing efficiency.

These days, radiology reports must be many things—evidence-based, compliant and accurate, as well as clear, concise, consistent, safe and timely, said Vikram Anik S. Sahni, M.D., associate director of Abdominal Imaging and Intervention and director of Abdominal and Pelvic MRI in the Department of Radiology at Brigham and Women’s Hospital, Boston. Dr. Sahni, also one of the department's Quality and Patient Safety Officers, presented “Improving Value of Radiology Reports” at RSNA 2014.

“At Brigham and Women’s, we try to define the features of a high-quality report, then we use IT tools to enable changes and use metrics to try to measure the success of those changes,” Dr. Sahni said.

For example, to improve safety and critical results reporting, the Department of Radiology at Brigham and Women’s developed a system called Alert Notification of Critical Results, or ANCR. Integrated with the radiology department’s PACS, the system allows a radiologist to alert a referring physician on a timely basis that an imaging study contains new or unexpected findings which could result in mortality or significant morbidity.

When it comes to improving timeliness, integrating speech recognition software has yielded reports that are signed off well within radiology department guidelines, Dr. Sahni said. “In fact, it’s been progressively faster, to the point where it is difficult to make further improvements,” he said.

In 2008, RSNA launched its Reporting Initiative to improve reporting practices by creating a library of clear and consistent reporting templates. “The initiative was not intended as a standard, but was intended to provide best practice examples of how we can use structured reporting to improve communication of information for better patient care,” said Charles E. Kahn, M.D., M.S, vice-chair of radiology at the University of Pennsylvania and chair of RSNA’s Structured Reporting Subcommittee.

Since RSNA created the library at RadReport.org, the number of templates has grown to nearly 300. Templates have been viewed or downloaded 1.8 million times, Dr. Kahn said. “It’s been quite remarkable to see the level of interest in this topic,” he said. “Over the past year, 18 radiology publications have published literature that focuses in some way on structured reporting, and almost all identified benefits.”

Those benefits extend to both radiologists and reporting physicians. For instance, Dr. Kahn worked with a pancreatic biliary surgeon and radiology colleagues at the Medical College of Wisconsin to develop a reporting template that captured all necessary features in the exquisite detail required to make an assessment whether a patient with pancreatic cancer was a surgical candidate.

“Structured reporting enumerates features radiologists might not otherwise have remarked upon,” Dr. Kahn said. “And a structured report ensures that those features appear in a consistent order or place and that the vocabulary is used in a way that is understood by everyone.”

For example, structured reporting can aid the radiologist after a pancreatic cancer patient’s initial CT scan, as well as when the patient has undergone chemotherapy and radiation before surgery. “After that, it becomes very easy to run through a checklist of findings and generate a new report that corresponds to the order in which findings appeared in the prior report,” Dr. Kahn said. “Then we can make a reasoned comparison to see whether the patient is a suitable candidate for surgery.”

After establishing the parameters they considered necessary for an optimal or satisfactory report, Dr. Sahni and colleagues compared the quality of radiology reports in the 12 months prior to the implementation of structured reporting and the 12 months following.

“Including these structured reporting fields does prompt radiologists to document necessary, discrete data elements in reports,” Dr. Sahni said. Study results are to be published in an upcoming issue of the American Journal of Roentgenology.

Structured reports also offer the advantage of being more readily searchable for data mining. “We can capture information and store it in the electronic health record in a form that’s structured,” Dr. Kahn said. “Not as strings of text, but in a way that allows radiologists, other physicians and health services researchers to extract information in a useful way.”

Producing quality reports, however, shouldn’t come at the cost of efficiency, Dr. Kahn said. “A key goal of structured reporting is to help radiologists enter reports in a consistent fashion that doesn’t prove detrimental to their workflow.”

The European Society of Radiology (ESR) is collaborating with RSNA on the Structured Reporting Initiative (RadReport.org) to establish and promote development and maintenance of a library of templates for structured radiology reports. ESR gave attendees of the March 2015 European Congress of Radiology an update on the collaboration.

RSNA and ESR signed a Memorandum of Understanding in 2014 to formalize the collaboration and created a joint Template Library Advisory Panel, charged with working under the RSNA Structured Reporting Subcommittee of the Radiology Informatics Committee to develop and maintain the library of templates.

“I’m very pleased that the ESR has joined RSNA in this initiative,” said Charles E. Kahn, M.D., M.S., chair of RSNA’s Structured Reporting Subcommittee. “From the beginning, the RSNA template library included the ability to incorporate templates in any language, and our collaboration with ESR offers the opportunity to see our templates translated into a variety of European languages.” 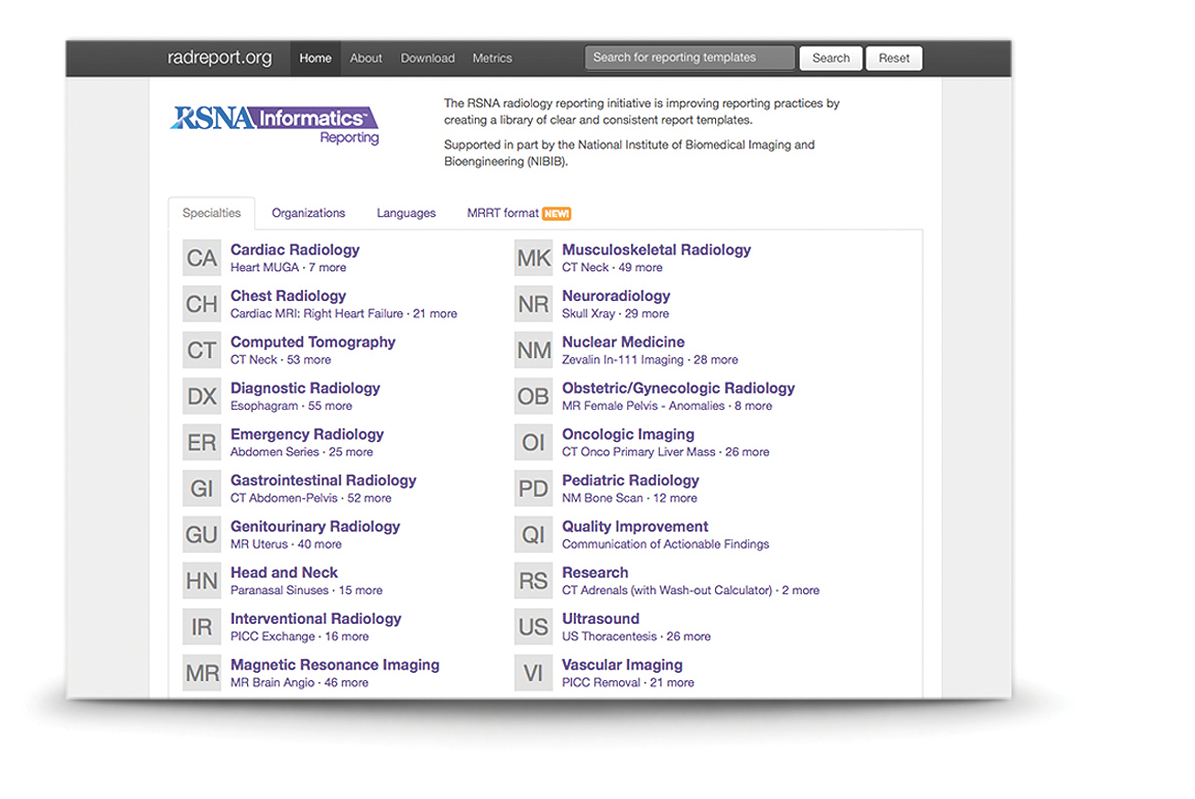 Since it was created in 2008, the number of templates in RSNA's reporting intiative has grown to nearly 300 covering a wide range of specialties. The templates have been viewed or downloaded 1.3 million times since the intiative was launched. 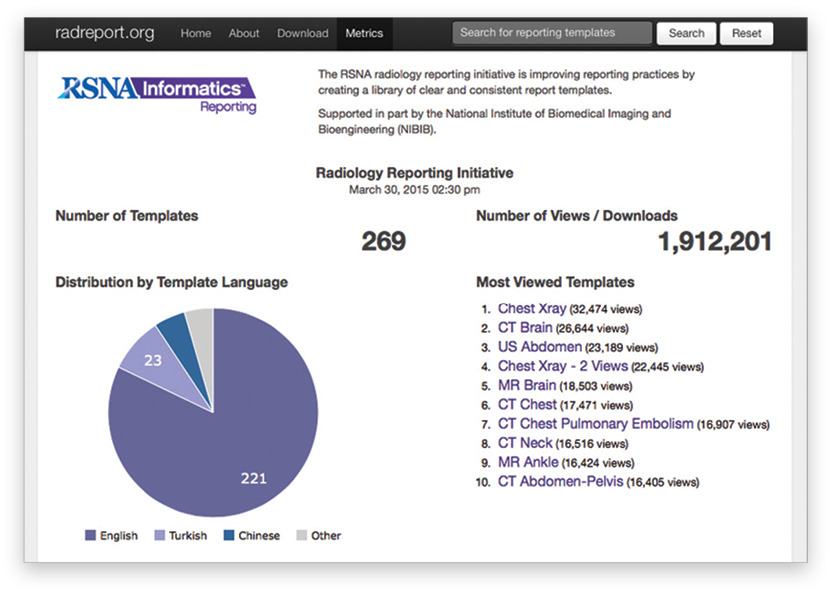 Mike Bassett is a writer based in Holliston, Mass., specializing in health and medicine.
Editor's Picks