In 2009 nuclear medicine got a glimpse of the future when Canada’s National Research Universal reactor in Chalk River, Ontario, which produces a major share of the worlds’ supply of medical radioisotopes, shut down for repairs.

The shutdown occurred at the same time as another of the world’s major isotope-producing reactors, the High Flux Reactor in Petten, the Netherlands, which closed for a month-long maintenance inspection. The result was a medical isotope shortage that reached crisis levels.

Technetium-99m (Tc-99m) is the world’s most highly used medical isotope and a key component in more than 75,000 imaging procedures a day. Chalk River and several other reactors like the one in Petten have been producing large quantities of Molybdenum-99 (Mo-99), which undergoes radioactive decay to form Tc-99m within special generators that are shipped to and stored in local hospitals on a weekly basis for use in nuclear medicine procedures.

While that isotope shortage crisis subsided in 2010 when Chalk River came back online, it became clear that new alternatives to nuclear reactors were needed to secure a reliable supply of medical isotopes, particularly with the planned permanent shutdown of Chalk River (originally scheduled for 2016, now 2018—see sidebar).

An Alternative to Reactors Emerges

One of the most promising alternatives is the use of cyclotrons to produce Tc-99m. The concept actually dates to 1971, when J.E. Beaver and H.B. Hupf published "Production of 99m Tc on a Medical Cyclotron: A Feasibility Study," said Paul Schaffer, Ph.D., an assistant professor of radiology at the University of British Columbia (UBC) and the head of nuclear medicine at TRIUMF, Canada’s national laboratory for particle and nuclear physics in Vancouver, B.C.

"But the concept was never tested on a large scale and there were formidable technical challenges to overcome," Dr. Schaffer said. In addition, the fact that nuclear reactors could efficiently produce Molybdenum-99 (Mo-99) meant there was little incentive to investigate other approaches to the commercial-scale production of Tc-99m.

But circumstances have now changed.

The technology works by using the cyclotron to irradiate pure, non-radioactive Molybdenum-100 with a proton beam, thereby transforming it into Tc-99m.

In 2013, the Canadian government implemented the $25 million, four-year Isotope Technology Acceleration Program (ITAP) to further advance cyclotron and linear accelerator technologies for Tc-99m production. Grants for cyclotron projects were awarded at the University of Alberta and TRIUMF.

In early 2015, TRIUMF announced that researchers had demonstrated that the technology can work on a number of different cyclotrons capable of servicing fairly large population centers.

"We demonstrated on three different types of cyclotrons," Dr. Schaffer said. "One was the General Electric PETtrace880, which has the world’s largest install base with more than 350 units all over the world. We demonstrated a sufficient quantity of production to service a population of 1 million."

"Our next step,"Dr. Schaffer said, "is finishing trials, hopefully by the fall of 2015," followed by full market approval and commercialization by 2016.

In early 2015, researchers at CRCHUS completed a clinical trial in which they demonstrated that the Tc-99m produced by a cyclotron is equivalent to that produced by a nuclear reactor.

Éric E. Turcotte, M.D., a researcher at CRCHUS and professor in the Université de Sherbrooke's Faculty of Medicine and Health Sciences, and colleagues studied patients undergoing thryoid scans, including 11 patients using the cyclotron-produced agent compared to 22 matched patients scanned with Tc-99m obtained by a nuclear reactor.

"The thyroid scan is one of the only investigations in nuclear medicine that uses raw technetium," Dr. Turcotte said. "We scanned for thyroid cancer, hyperthyroidism, Graves’ disease and other diseases of the thyroid gland. We demonstrated that the images produced with Tc-99m from a cyclotron were the same as those with Tc-99m from the nuclear reactor. The same biodistribution, with no side effects and the same image quality."

As to whether cyclotrons can adequately replace a reactor like Chalk River to produce Tc-99m, "It’s all about power," Dr. Schaffer said. "Chalk River is a high-powered reactor and produces a lot of isotopes. A single cyclotron is not going to replace Chalk River. The idea is that you can decentralize with a number of machines and build up capacity that way."

"In principle you can get to that stage, but I don’t believe that’s going to happen immediately," Dr. Schaffer added. "Nor does the world have the number of cyclotrons needed to accomplish a complete switchover from Chalk River to cyclotrons. But eventually this process can be a substantial contributor to replacing Chalk River."

Dr. Turcotte agreed, noting that one nuclear reactor can produce millions of doses of technetium a year. "You’re talking about something that is producing on a worldwide scale," he said. Cyclotrons, however, could be useful for producing the isotope on a smaller local or regional scale, he said.

"We expect the cyclotron at Sherbrooke to produce between 800 and 1,000 doses [of Tc-99m] a day," Dr. Turcotte said. "That amount would go a long way towards providing for the needs of Quebec when Chalk River shuts down in 2018."

While potentially effective in Canada, the use of cyclotrons to deal with future medical isotope shortages in the U.S. faces some obstacles. The U.S. population is more spread out, for example, meaning that many Americans may not have access to hospitals and research centers with cyclotrons.

That said, Dr. Schaffer noted that TRIUMF has been working with American stakeholders to ramp up interest in the technology and said operators of fleets of cyclotron in the U.S. could potentially upgrade them in order to produce Tc-99m.

In 2010, the government of Canada announced its intention to stop producing Mo-99 at the National Research Reactor at Chalk River in 2016, with the idea of phasing out production over the course of six years.

Earlier this year, the government decided to extend operations at the reactor until March 31, 2018. The idea behind the extension, said Greg Rickford, Canada’s Minister of Natural Resources, was to help support global medical isotope demand in case of unexpected shortages.

"Our support for this extension demonstrates our ongoing commitment to a responsible transition of our laboratories that supports global medical isotope supply," Rickford said. 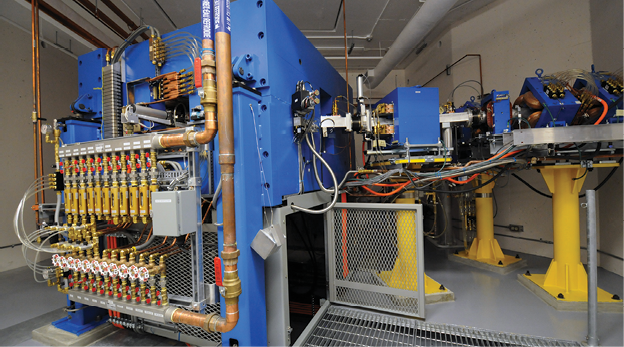 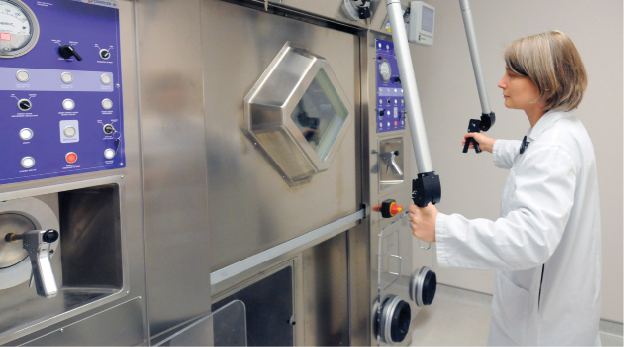 The news of a possible alternative is encouraging in light of the shortage of Tc-99m, the most highly used medical isotope and a key component in more than 75,000 imaging procedures a day.