“We wanted to make sure the data warehouse was first and foremost widely available to the public so individuals can easily access data from a breadth of imaging modalities,” said Edward F. Jackson, Ph.D., newly appointed Chairman of the QIBA Steering Committee. Dr. Jackson has been involved with the QIDW project from the outset.

Dr. Jackson, chair of the Department of Medical Physics at the University of Wisconsin School of Medicine and Public Health in Madison, began as a beta-tester during the early development of the warehouse, uploading diffusion-weighted imaging data into the system and testing various data acquisitions and data transfers into and out of the QIDW.

Dr. Jackson described an example of a diffusion-weighted MRI project undertaken by QIBA’s Perfusion-Diffusion-Flow Biomarker Committee that relied on the QIDW.

“Through that process, investigators uploaded data from multiple centers, both domestic and international, allowing project leaders to access and analyze the data, and then provide results,” Dr. Jackson said. “Use of the QIDW is being expanded in terms of diffusion-weighted imaging projects to allow 13 different QIBA site investigators to acquire data at multiple time points using a standardized isotropic diffusion phantom, and all of that data will also be uploaded to the site.”

A QIBA/RIC Task Force was formed in July 2011 to develop the warehouse. About six months later, a pilot site was created, and the QIDW was officially launched in May 2013. Initially use of the QIDW was only open to QIBA workgroup members in order to track who was accessing the data and for what reason, to test performance and ease-of-use, and to determine how it was being utilized.

Since RSNA 2014, there has been a push to make the QIDW more visible by promoting its Internet search engines.

“The first step was building the database and making sure we had something that was useable,” said Katherine P. Andriole, Ph. D., associate professor of radiology and director of imaging informatics at Brigham & Women’s Hospital in Boston, an RIC member and chair of the QIBA RIC Collaboration Committee. “Now we’re interested in looking at how we can make this more discoverable so other researchers outside of QIBA start using it. The more data in there, the more valuable the warehouse becomes,” she added.

As of May, the QIDW has 169 registered users and over 52,000 items have been uploaded. Recently the RSNA Board of Directors approved opening up the site to allow de-identified human clinical data to be included in the QIDW.

The QIDW continues to evolve, with ongoing discussion among the QIBA community about what additional functionality and features they would like to see developed. “People have been using it in a variety of ways, in addition to testing protocols they’ve designed,” Dr. Andriole said. For instance, they have tested it for calibrating scanners, looking at display stations, testing imaging procedures and looking at different image analysis software.

Although QIDW access is free, users must complete a registration form to gain access. The form is used to help the QIBA and RIC members better understand who is using the warehouse (researchers, industry experts, and/or clinical individuals) and what they are using it for.

“It’s a collaborative space where free and open-source tools are used. Charging for access was a barrier for many researchers who might be seeking preliminary data before applying for funding,” Dr. Andriole said. 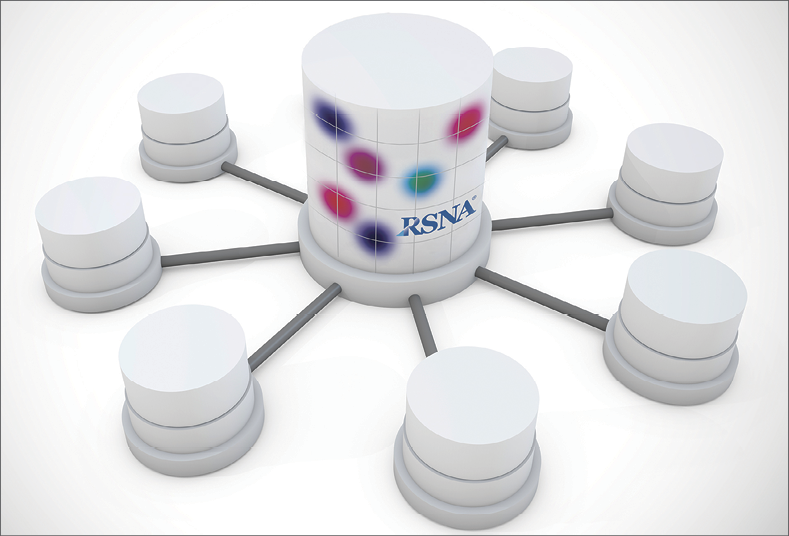 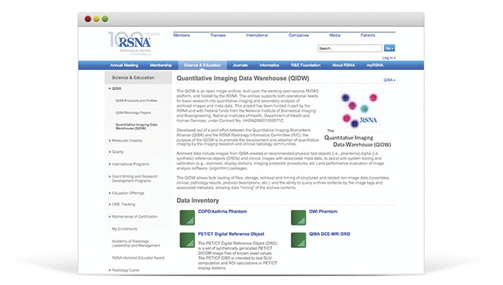