Radiologists Worldwide Should Take the Lead on Radiation Safety

As the gatekeepers of imaging, radiologists worldwide need to take a leading role in educating patients, referring physicians and the public about the issues surrounding radiation safety, according to a panel of experts from across the globe gathered for the International Trends meeting held at RSNA 2014.

At this year's meeting, focusing on “Radiation Safety Regulations and Impact on Patient Care,” presenters gathered to assess the current state of radiation safety regulations and discuss how radiologists can have an impact. Each year the International Trends meeting is held on a topic of global importance to the profession to bring radiology organizations together to share ideas and best practices.

“We can all remember coming to this meeting when ultrasound was the hot topic, and then CT and then MRI, but right now there are no new technologies and quality and safety are the hottest topics,” said James P. Borgstede, M.D., RSNA Board Liaison for International Affairs, who co-moderated the meeting with RSNA International Advisory Committee Chair Byung Ihn Choi, M.D., Ph.D. “If we don't take the lead here, someone else will.”

A survey conducted among participants before the meeting showed that while most think their countries do a reasonably good job of regulating radiation exposure, a majority think that neither their country's referring physicians nor their patients are well-educated on the issue. Respondents also said their governments were the most influential factor in determining how radiation exposure is regulated, while educational institutions are perceived to have the least influence.

Radiation exposure from all sources has increased in the past decade, partly due to greatly expanded use of CT scans, said presenter Marilyn J. Goske, M.D., Corning Benton Endowed Chair for Radiology Education, professor of radiology and pediatrics at the University of Cincinnati College of Medicine and staff radiologist at Cincinnati Children's Hospital Medical Center. Dr. Goske founded and chairs the international Image Gently® campaign which promotes using kid-sized imaging for children to reduce their exposure to radiation.

“There has been an alphabet soup of international agencies working toward radiation protection for years, but now the conversation has really moved into the medical field, where there's greater awareness of the need for optimizing dose,” Dr. Goske said.

While awareness of radiation exposure has grown, that awareness is by no means universal, even among medical personnel said Omolola Atalabi, M.B.B.S., of Nigeria, where there are fewer than 1,000 radiologists serving a country of 170 million people. Dr. Atalabi said that most radiological exams in Nigeria are carried out by thousands of radiology assistants with no formal training. In the U.S., Dr. Goske said the Image Gently campaign recently expanded its outreach to include the nation's 143,000 dental hygienists who collectively take no formal position on radiation exposure, despite being responsible for millions of dental X-rays annually.

Without a clear understanding of the risks of radiation exposure weighed against the advantages of imaging studies, non-radiologists can make a host of unreasoned decisions, said Ulrich Bick, M.D., professor of radiology and vice-chair in the Department of Radiology at the The Charité – Universitätsmedizin Berlin, who discussed the issue of appropriate use. In Germany, the law gives radiologists the ultimate say in determining whether a study is appropriate by giving them the authority to overrule a referring physician.

All the same, “appropriate use looks easier than it is,” Dr. Bick said. Practice guidelines disagree and sometimes payers may refuse to cover an exam if they think it's too expensive. For new modalities or types of exams, payers demand the highest level of evidence, a randomized controlled trial, before they'll cover the cost, Dr. Bick said. “It's ridiculous, because those trials are usually not available and it delays access to new tests.”

Attendees agreed that physicians in general ought to know more about imaging and radiation risk in particular. Without accurate information on the risks and benefits of imaging procedures, medical groups may lend their support to regulatory initiatives that are counterproductive.

The RSNA International Radiology Education Committee sends teams of visiting professors to developing countries at the request of their national radiological societies to instruct radiology residents on specific modalities or organ systems. Committee Chair Teresita Angtuaco, M.D., suggested RSNA incorporate instruction in radiation protection, and she recommended that RSNA either encourage or outright require that instruction as part of the program. “Medical physicists have been waiting to spread the word,” Dr. Angtuaco said.

A Call for Action in Radiation Safety

Stressing the need for collaboration among all stakeholders, Dr. Goske presented an ideal model for implementation of radiologic protection for patients worldwide.

Referencing the “Call for Action,” presented in 2012 in Bonn, Germany, at the International Conference on Radiation Protection: Setting the Scene for the Next Decade, Dr. Goske discussed a multi-pronged approach to realizing the model.

Solutions include adhering to the three As: awareness, appropriateness and audit, which are seen as tools likely to facilitate and enhance justification in practice. Dr. Goske suggested developing harmonized, evidence-based criteria to strengthen the appropriateness of clinical imaging, implementing clinical imaging referral guidelines globally, and strengthening the application of clinical audit in relation to justification, ensuring that justification becomes an effective, transparent and accountable part of normal radiological practice.

Other solutions include strengthening manufacturers’ role in contributing to the overall safety regime, increasing the availability of improved global information on medical and occupational exposures and improving prevention of medical radiation incidents and accidents.

Dr. Goske also addressed the need for shared responsibility among all medical imaging professionals and stakeholders to work together to improve patient care worldwide.

“There is a need to strengthen collaboration in relation to education and training among education providers in healthcare settings with limited infrastructure, as well as among these providers and international organizations and professional societies,” Dr. Goske said. 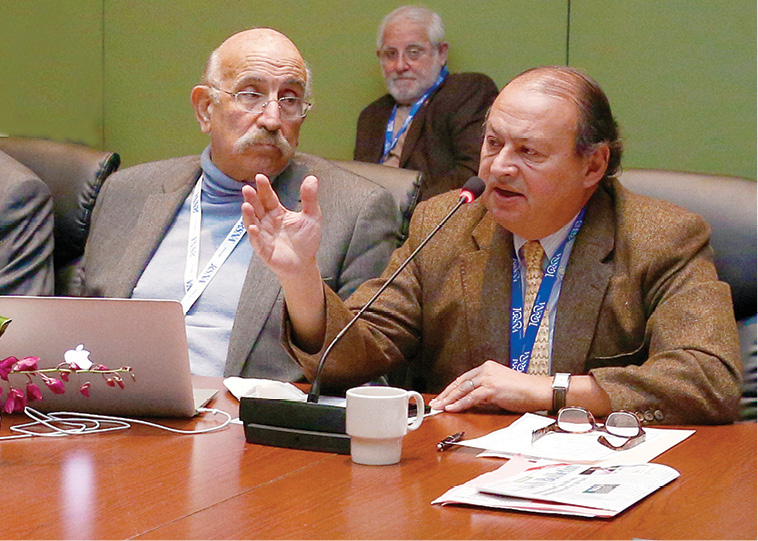 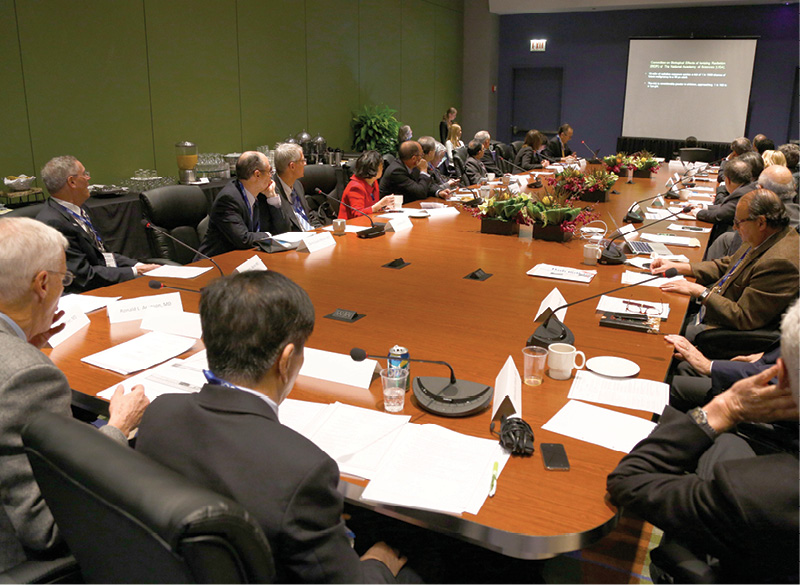 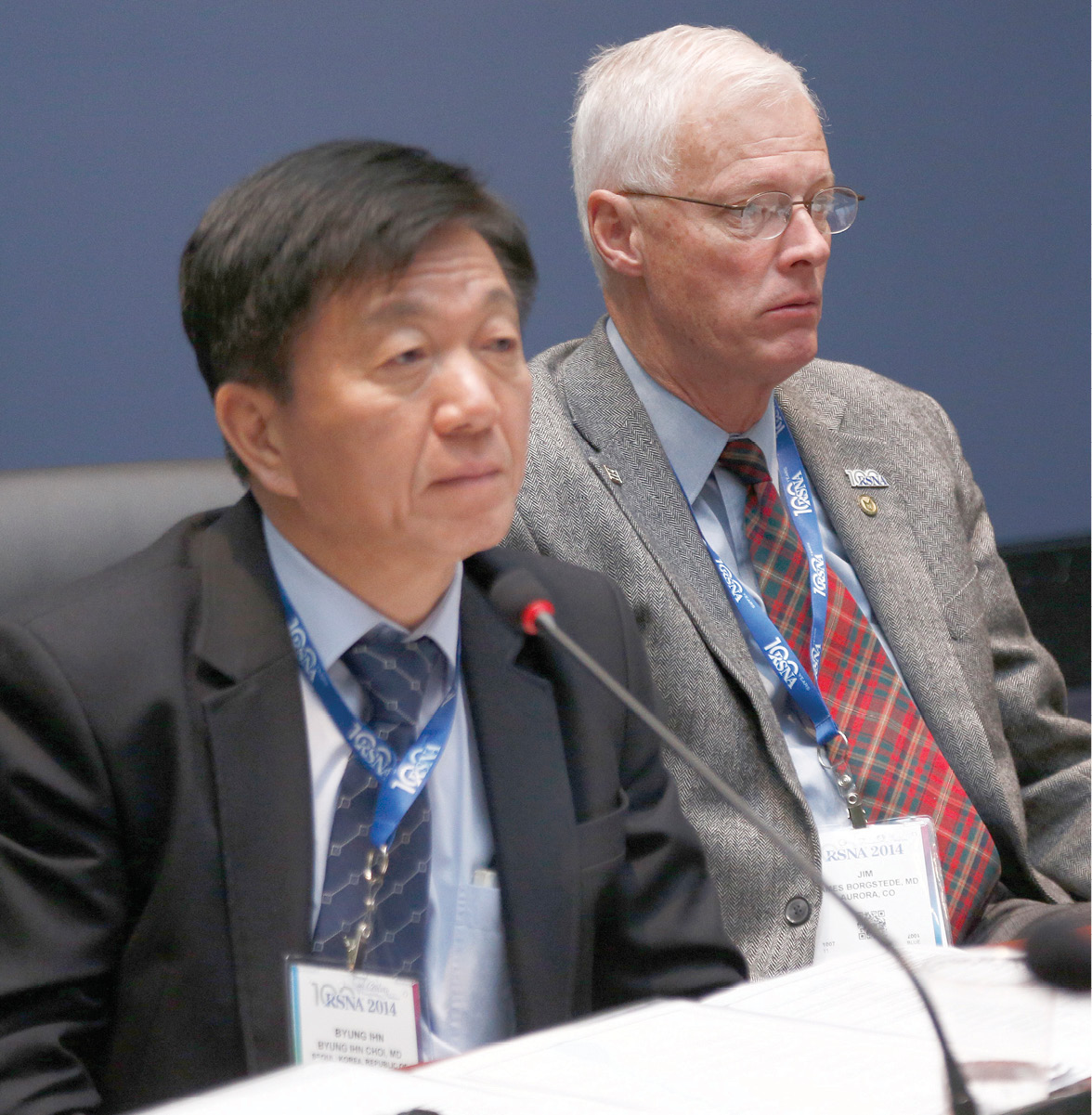 It is critical that radiology take the lead in education and awareness of radiation safety issues, according to the more than 30 attendees representing major radiology organizations across the globe at the RSNA 2014 International Trends session. Attendees discussed the current state of radiation safety regulations and how radiologists can make an impact.

For more information on RSNA’s international programs, fellowship and grants, go to RSNA.org/International.

ELIZABETH GARDNER is a writer based in Chicago specializing in medical technology and health IT issues.
Editor's Picks