In Kenya, where there are fewer than 200 radiologists to serve 43 million people, the prospect of getting an X-ray may seem slim for most residents, especially those living in rural parts of the east African country.

X-ray equipment is scarce and facilities that do have the technology are in bigger cities like Nairobi, leaving residents in far-flung areas with few options for getting radiographs. Public transportation—usually tiny, crowded buses—takes an entire day and can create financial hardships for residents who often can’t afford to miss a day’s work. The need for follow-up exams creates additional challenges.

While no solution would offer a quick-fix, in 2010, one radiologist had an idea to make critical inroads in not only reaching that underserved segment of the population, but also connecting their healthcare files from a central site to clinics in outlying parts of the country.

In just three years, Marc Kohli, M.D., a radiologist at the Indiana University School of Medicine, Indianapolis, saw his idea realized. Leading a small team of volunteers in October 2014, Dr. Kohli built a mobile X-ray truck equipped with a digital CR reader and an X-ray generator to the rural village of Moi's Bridge, where more than 50 patients received chest X-rays in one day. The team focused on TB and other pulmonary infections prevalent in HIV-positive patients in Kenya, which has one of the largest HIV epidemics in the world.

“In Africa, chest X-ray is critical to detecting TB, which is critical to successful HIV-AIDS therapy,” Dr. Kohli said. “Even though this is just plain radiography, simple X-ray machines and X-ray film processors don’t exist in many parts of Kenya.”

In addition to acquiring the images digitally, Dr. Kohli used his informatics expertise to install open-source PACS for long-term archiving at a central location. Dr. Kohli, a member of the RSNA Radiology Informatics Committee (RIC), developed a Web-based reporting tool used by Kenyan radiologists to report radiographs taken on the truck to outlying clinics connected to a server at a central site. That informatics tie-in is just one element that makes the mobile X-ray truck a model template for the future, said David Avrin, M.D., Ph.D., professor of clinical radiology at the University of California, San Francisco, who also serves on the mobile X-ray volunteer team.

“I saw this project in action, and it’s really a remarkable outreach effort that combines technology, general radiology, informatics expertise and Marc’s energy and enthusiasm,” said Dr. Avrin, an informatics expert who serves on the Integrating the Healthcare Enterprise (IHE®) RSNA subcommittee. “Essentially, this is a great example of where DICOM meets the Third World.”

The origins of the mobile X-ray truck project can be traced to a 1997 partnership between IUSM and Kenya’s two teaching hospitals, Moi University School of Medicine and Moi Teaching and Referral Hospital in Eldoret. Both are part of AMPATH, the Academic Model Providing Access to Healthcare, a consortium devoted to treating Kenyans with HIV and AIDS.

In 2003, the IUSM Radiology Department began participating in bi-directional exchanges with those Kenya institutions, educating faculty and residents with the goal of eventually educating a new generation of technologists and radiologists.

As an extension of that partnership, Dr. Kohli—who had visited Kenya as an IUSM radiology resident—launched the mobile X-ray truck project in 2010 with funds for the X-ray equipment provided by the National Library of Medicine.

From the beginning, the project was fraught with challenges—primarily involving the truck itself, which was funded by AMPATH. “Other projects prior to ours used really big trucks with multiple rooms and large generators,” Dr. Kohli said. “Our project is on a smaller scale, which is more cost-effective—but that has created engineering challenges.”

The body of the truck was designed in collaboration with engineer Patrick O’Meara, an American living in Kenya with his wife and AMPATH researcher Wendy O'Meara. Patrick was able to completely enclose the generator inside the vehicle and secure the X-ray eqipment to the truck. But relying on one generator created obstacles, Dr. Avrin said. “The X-ray machine needs a big burst of energy, and that would bring down the generator in the truck, causing the CR reader to fail … we restarted it every time we did a scan. We had a lot of issues with circuit breakers.”

After nearly three years of preparation, the truck was ready for a trial run in September 2013. “We had had three really good pilot days and decided we were ready for a trip in October 2013,” Dr. Kohli said.

The team—a truck driver, radiographer and a radiologist—coordinate with clinics ahead of time to ensure patients know they are arriving. Along with Drs. Kohli and Avrin, Raym Geis, M.D., an assistant clinical professor of radiology at the University of Colorado School of Medicine, a member of the RSNA RIC Committee, and chair of the American College of Radiology IT Informatics Commission, serve on the volunteer team, along with a Kenyan radiologist/informatics specialist. Another supporter of the project, Valerie P. Jackson, M.D., Liaison for Education for the RSNA Board of Directors and former chair of the IU Radiology Department, has also visited Kenya with the team.

On a typical day in the field, patients range from people dying of AIDS to those seeking a follow-up for TB to children with acute pneumonia.

At the end of the day, all images are loaded onto a CD and transported to PACS-ready clinics for access by radiology staff. Those outlying clinics are connected to a central server at Moi University School of Medicine.

“The hospital can then upload the images into the patient’s electronic medical record from the system I helped build,” Dr. Kohli said.

No matter the patients’ reasons for visiting, Drs. Kohli and Avrin say they all shared a common response: gratitude. “Patients were really excited to have access to X-rays and they were incredibly grateful and happy that they didn’t have to travel all day to get them,” Dr. Kohli said.

“The patients were extremely appreciative,” Dr. Avrin said. “These are basics we take for granted in the U.S., but even basic radiographs are high-tech in countries like Kenya.”

A Prototype for the Future

The team, which had made numerous field trips since its first excursion, continues to gain momentum. Dr. Kohli was in Kenya in January 2015 and is already focused on workflow improvements, including developing an algorithm that would screen X-rays and provide clinical support onsite from the truck. Capability for transmitting X-rays via broadband Internet is also a future goal.

In hopes that the prototype will expand to other developing countries, Dr. Kohli is undertaking a detailed analysis of the project that will eventually be available to other institutions. “This is all part of our roadmap, but we’re really just getting started,” he said.

Because education is another critical component of their outreach, Drs. Kohli, Avrin and Geis devote much of their time to teaching through the Moi University Radiology Registrars = Residents program.

Dr. Kohli said the project has been the most rewarding—and important—experience of his radiology career. “One of the reasons I stayed on at IU as an academic radiologist is because I knew it would allow me to do this work that I feel is so important,” he said. “This opportunity has shaped my career.”

Calling it “the most remarkable experience” of his career, Dr. Avrin said he would “go back in a heartbeat.” He added that he also came away with a true appreciation for Dr. Kohli’s amazing foresight in conceptualizing this groundbreaking project.

“When we are sitting in meetings talking about health information technology, we never thought about deploying it to the third world, but Marc did,” Dr. Avrin said. “It’s a truly visionary project.” 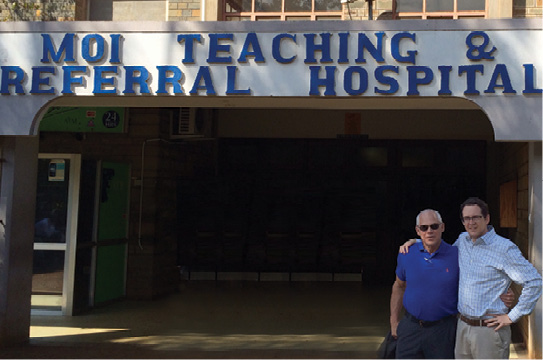 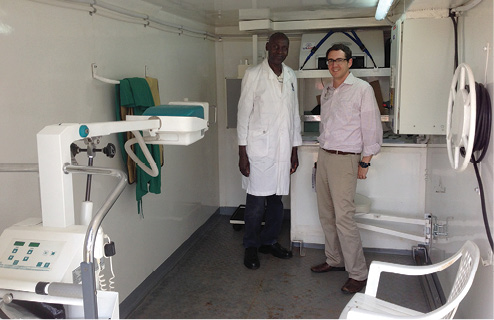 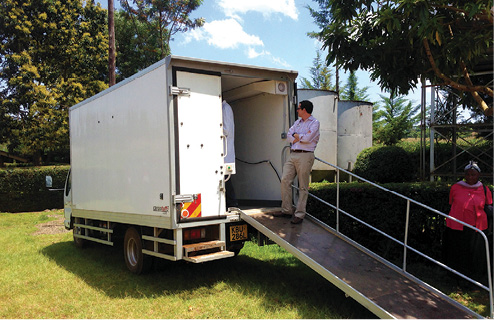 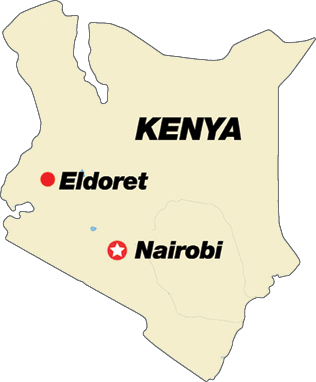