A video game–based cognitive rehabilitation program may be an effective option for improving the cognitive abilities of patients with multiple sclerosis (MS), according to new research published online in the journal Radiology.

Laura De Giglio, M.D., Ph.D., of Sapienza University of Rome, and colleagues found that the program induces functional modification of thalamocortical functional connectivity (FC) in areas mainly located in the cingulum, precuneus, and bilateral parietal cortex, in the cerebellum and in the left prefrontal cortex.

Researchers evaluated 24 patients with MS and cognitive impairment, randomly assigning them to either an intervention or a wait-list group. Repeated measures analysis of variance was used to test efficacy of the intervention. The thalamic resting-state network was identified with a seed-based method; both first-level and high-level analyses were performed using software tools.

“Results show the relevance of thalamic regulation of the brain networks involved in cognition and suggest that changes in thalamic resting-state network connectivity may represent a functional substrate for cognitive improvement associated with a video game–based cognitive rehabilitation program,” the authors write. 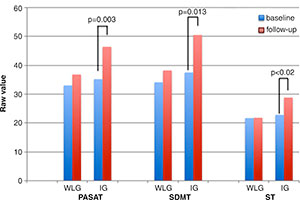 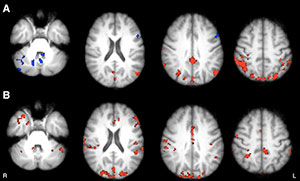