AI-powered technique may apply to wider population of respiratory ailments

A quantitative dynamic MRI (QdMRI) method shows promise for treating children with Thoracic Insufficiency Syndrome (TIS), a rare, potentially lethal disease of the spine that prohibits the thorax from supporting normal breathing or lung growth, according to new Radiology research.

With abnormal lung growth impairing the respiratory function, TIS often leads to respiratory failure and an increased risk of early death. TIS, which affects fewer than 4,000 children in the U.S., is associated with a wide variety of diseases and conditions, including cerebral palsy, spina bifida, congenital scoliosis and spinal muscular atrophy.

“A reconstructive spine and chest wall operation can be performed in growing children with TIS when there is a progressive thoracic deformity that may limit future lung development or thoracic function,” said Harriet J. Paltiel, MD, Boston Children’s Hospital and Harvard Medical School and author of a recent Radiology editorial on the topic. “However, there is currently no widely accepted and validated outcome measure to assess postoperative changes in respiratory function in patients with TIS.” 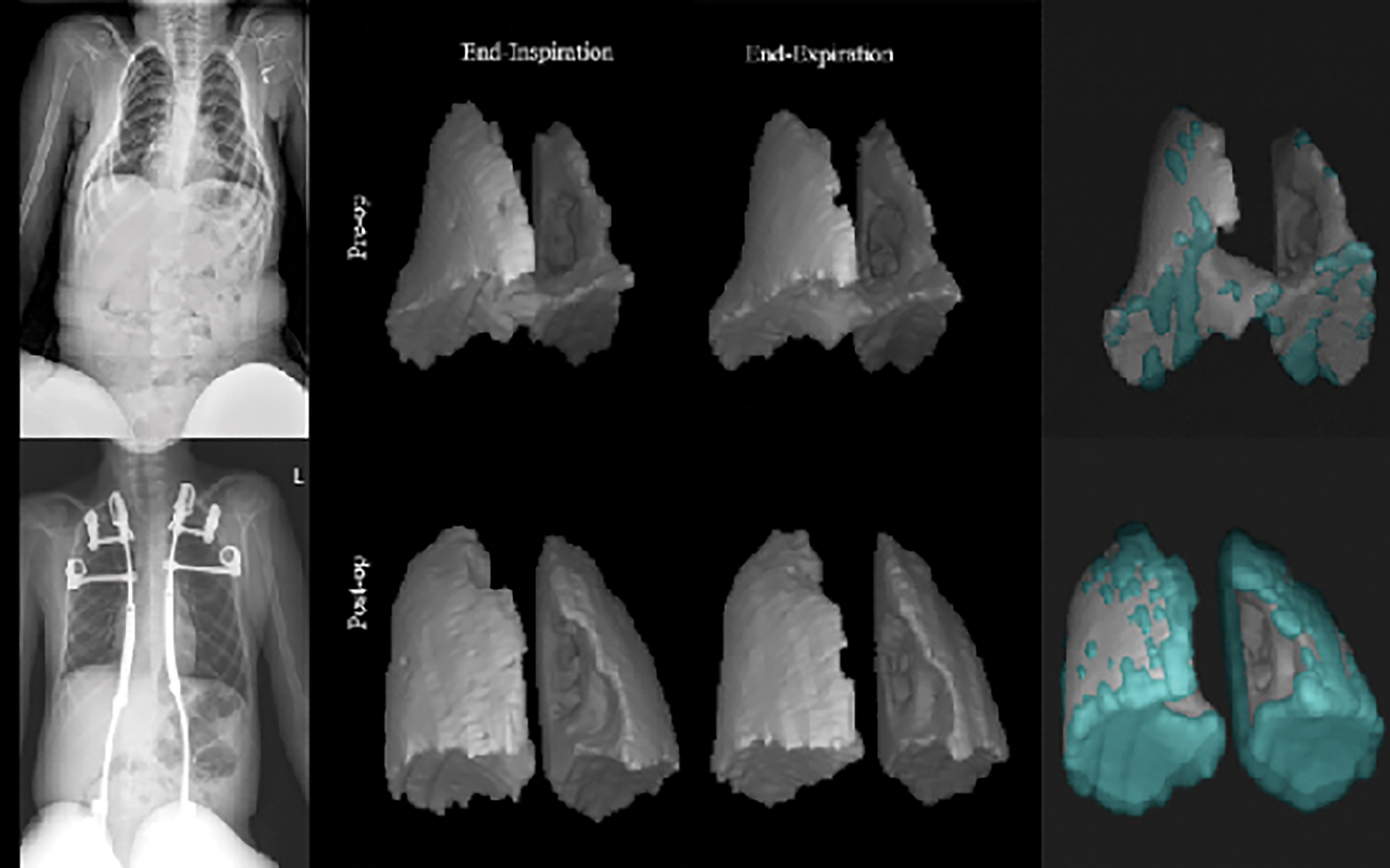 This could soon change. In the Radiology study, a joint team from the Medical Image Processing Group of the University of Pennsylvania, headed by study author Jayaram K. Udupa, PhD, and the Center for Thoracic Insufficiency Syndrome at the Children’s Hospital of Philadelphia, headed by Patrick J. Cahill, MD, has developed and validated a QdMRI method to compare the regional dynamics of the lungs, chest wall, and hemi-diaphragms in children with TIS, before and after surgical treatment.

“As patients with TIS have extreme difficulty breathing normally, it is impossible to have them cooperate with imaging techniques that require them to hold their breath,” said Dr. Udupa, radiology professor and chief of the Medical Imaging Section at the University of Pennsylvania. “That is why our QdMRI technology, which we are developing for routine clinical use, is based on free-breathing dynamic MRI and advanced artificial intelligence (AI) powered image analysis.”

Using QdMRI to depict changes in regional dynamic thoracic function before and after surgical correction of TIS shows that:

“This technique holds promise for improving our ability to accurately document the functional results of VEPTR in patients with TIS, and it may apply to a wider population of patients with impaired respiratory function associated with spinal and chest wall deformities,” Dr. Paltiel said.
Read the full story in the September print issue of RSNA News.