Press releases were sent to the medical news media for the following articles appearing in a recent issue of Radiology.

A sophisticated type of artificial intelligence (AI) can outperform existing models at predicting which women are at future risk of breast cancer, according to a study published in Radiology.

Most existing breast cancer screening programs are based on mammography at similar time intervals — typically, annually or every two years — for all women. This “one size fits all” approach is not optimized for cancer detection on an individual level and may hamper the effectiveness of screening programs.

Karin Dembrower, MD, breast radiologist and PhD candidate from the Karolinska Institute in Stockholm, Sweden, and colleagues developed and trained a deep neural network risk model on mammograms from cases diagnosed between 2008 and 2012 and then studied on more than 2,000 women ages 40 to 74 who had undergone mammography in the Karolinska University Hospital system. Of the 2,283 women in the study, 278 were later diagnosed with breast cancer.

The deep neural network showed a higher risk association for breast cancer compared to the best mammographic density model (odds ratio: 1.6 and 1.3, respectively). The false-negative rate was lower for the deep neural network than for the best mammographic density model (31% vs. 36%; P = .006). The difference was most pronounced for women later diagnosed with more aggressive cancers.

“We are not reporting mammographic density currently,” Dr. Dembrower said. “In the introduction of individually adapted screening, we use deep learning networks trained to predict cancer rather than taking the indirect route that density offers.” 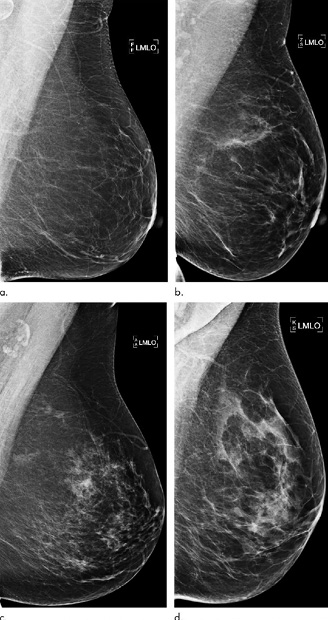 Pulmonary imaging is important in the diagnosis of the acute lung injury associated with vaping, known as electronic cigarette or vaping product use-associated lung injury (EVALI), according to a special review article published in Radiology.

Although e-cigarettes have been often marketed as a safer alternative to traditional cigarettes, EVALI has emerged as a serious and sometimes fatal complication of vaping. Radiologists play a key role in the evaluation of suspected EVALI. Accurate identification of the condition allows for prompt medical treatment, which may decrease the severity of injury in some patients.

“Although detailed clinical studies are lacking, some patients with EVALI rapidly improve after the administration of corticosteroids. Additionally, making the correct diagnosis may prevent unnecessary therapies and procedures, which themselves can lead to complications.” 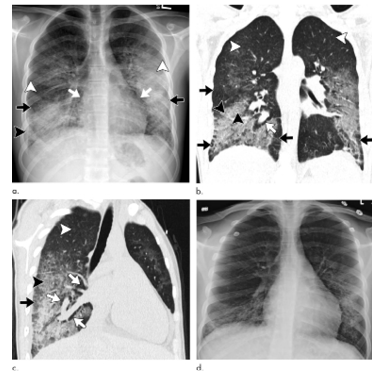 The risk of administering modern intravenous iodinated contrast media in patients with reduced kidney function has been overstated, according to new consensus statements from the American College of Radiology (ACR) and the National Kidney Foundation (NKF), published in Radiology.

Intravenous iodinated contrast media are commonly used with CT to evaluate disease and to determine treatment response. Although patients have benefited from their use, iodinated contrast media have been denied or delayed in patients with reduced kidney function due to the perceived risks of contrast-induced acute kidney injury. This practice can hinder a timely and accurate diagnosis in these patients.

Matthew S. Davenport, MD, associate professor of radiology and urology at the University of Michigan in Ann Arbor, and lead author provided perspective on the discussions around the development of the consensus statements.

“The historical fears of kidney injury from contrast-enhanced CT have led to unmeasured harms related to diagnostic error and diagnostic delay,” Dr. Davenport said. The statements answer key questions and provide recommendations for use of intravenous contrast media in treating patients with varying degrees of impaired kidney function, especially for the key differences between contrast-induced acute kidney injury (CI-AKI) and contrast-associated acute kidney injury (CA-AKI). In CI-AKI, a causal relationship exists between contrast media and kidney injury, whereas in CA-AKI, a direct causal relationship has not been demonstrated. The authors suggest that studies that have not properly distinguished the two have contributed to the overstatement of risk.

Access the Radiology study, “Use of Intravenous Iodinated Contrast Media in Patients with Kidney Disease: Consensus Statements from the American College of Radiology and the National Kidney Foundation.”

In November, 7,372 RSNA-related news stories were tracked in the media. These stories had over 5.1 billion audience impressions.