Legislation paves the way for growth of RA profession

In the face of escalating workloads, more radiology practices are discovering the value of the radiologist assistant (RAs). This increasing demand comes as the RA profession is poised for growth under a 2019 federal law that allows RAs to practice with less restrictive oversight from radiologists.

The RA, an advanced-level radiographer who works under the direct supervision of a radiologist, is a relatively recent arrival to the physician extender family. The American Society of Radiologic Technologists (ASRT) and the American Registry of Radiologic Technologists (ARRT) drafted guidelines and standards for the position in 2002. In 2006, ASRT developed the current curriculum that was updated in 2010 and 2015. RAs, radiology practitioner assistants (RPAs) and registered radiology assistants (RRAs) are certified by ARRT. RA is an umbrella term for RRAs and RPAs.

To become an RA, a radiologic technologist with a bachelor’s degree and relevant work experience must complete an additional 2 1/2-year course of study consisting of online learning, classroom sessions and a radiologist-directed clinical preceptorship as part of the RA program.

RAs assist radiologists in a wide range of areas, from patient intake to check-out and follow up. They are trained to perform selected radiology examinations and procedures, evaluate image quality and make initial observations, among other things.

This versatility has made them increasingly coveted by busy radiology practices and departments. At Memorial Sloan Kettering Cancer Center in New York City, for instance, the number of RAs has grown from one to 10 in the past decade, while their duties have expanded as well.

“When RAs first started with us, they mostly just assisted in venous access procedures,” said Joseph P. Erinjeri, MD, an interventional radiologist at Memorial Sloan Kettering. “But as their skills grew, we recognized that they could safely and effectively assist with other activities like biopsies, assist with neuroprocedures and, perhaps most critically, assist in the clinical workup of patients.”

During the 2019 Society of Interventional Radiology’s annual meeting, Dr. Erinjeri presented a study demonstrating the impact of RAs. Memorial Sloan Kettering researchers compared the length of radiologic procedures when performed by an interventional radiologist alone versus when they worked with an RA.

Improvements were particularly notable for venous access procedures, along with other duties.

“We analyzed over 15,000 cases and found was that there was more than a 12-minute average reduction in case time in the group that included an RA,” Dr. Erinjeri said. “We also found that there were significant reductions in the setup, procedure and cleanup time.” 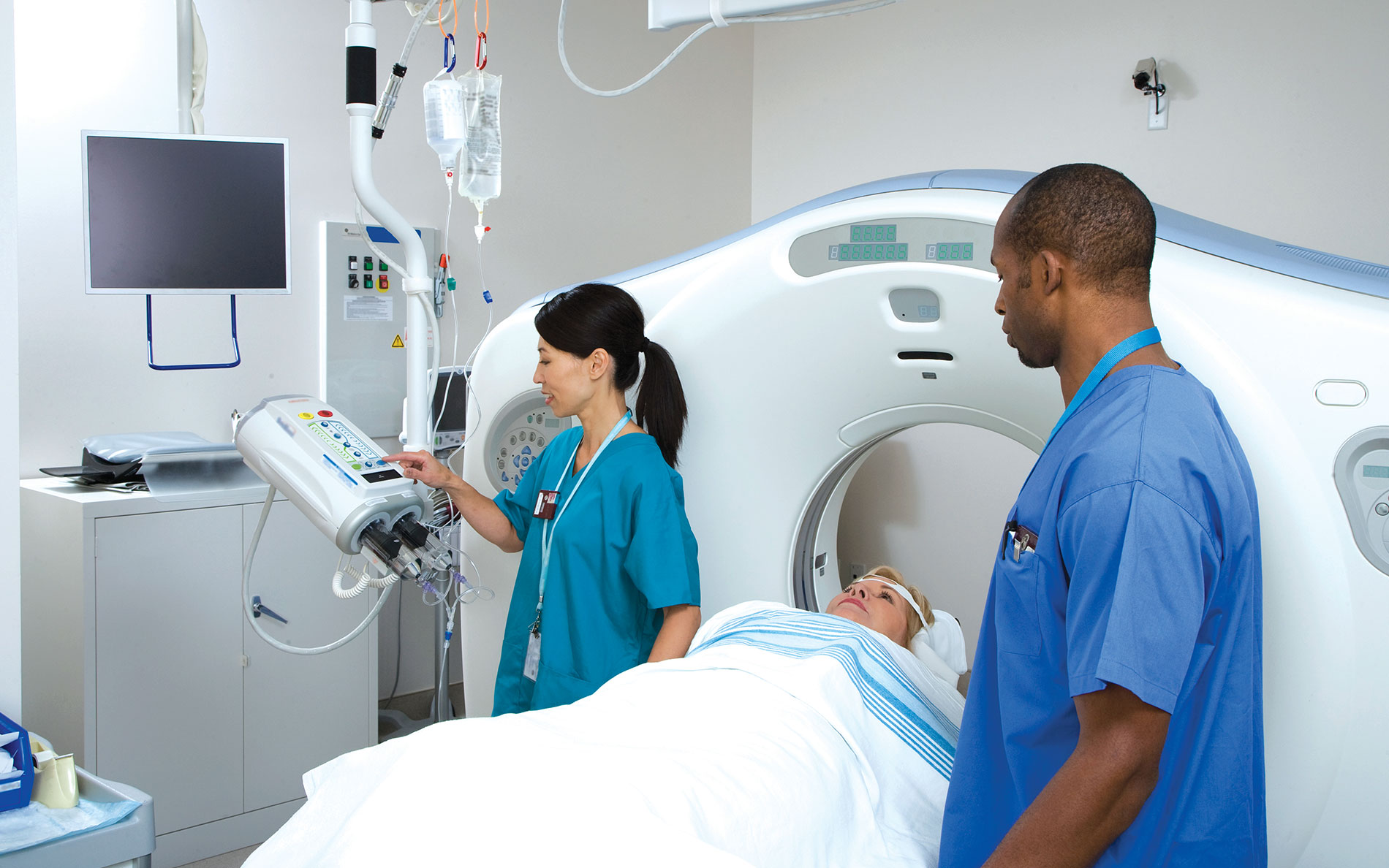 Despite the enthusiasm shared by radiologists who have relied on RAs, the position still occupies a very small niche in the physician extender field. There are fewer than 700 RAs in the country, according to ARRT statistics, with only a few schools offering programs. Currently, 31 states recognize the RA position, with states varying in terms of privileges and licensing requirements.

But that could be changing under the 2019 revised Physician Fee Schedule from the Centers for Medicare and Medicaid Services (CMS). The law changed the supervision requirements for diagnostic tests furnished by a certified RA from “personal” to “direct.” This means that instead of requiring physicians to be in the room during the tests, they must be in the facility and immediately available.

But radiology providers are not able to submit Medicare claims for these services when performed in hospital or office settings. That would change under a proposed law, the Medicare Access to Radiology Care Act (MARCA), introduced this year by Rep. Mike Doyle (D-Penn). Currently, Medicare pays for services performed by an RA following the state’s scope of practice, supervision rules and licensure requirements. The MARCA bill would allow radiologists to submit claims to Medicare for non-imaging services performed by RAs in hospital and office settings, as well as imaging services in hospitals.

“We believe Medicare’s position is evolving in response to the RA’s increasingly important role and as the RA has become more widely utilized as a physician extender,” said ASRT’s Associate Executive Director Greg Morrison, MA. “The positive change also follows significant advocacy with CMS by ASRT and other radiology stakeholders.”

MARCA has the support of ASRT, ARRT, the American College of Radiology and the Society of Radiology Physician Extenders. Nevertheless, RAs are cautiously optimistic about the MARCA legislation winding its way through both houses of Congress.

“If MARCA is passed into law, I think the possibilities for the field will really open up,” said Michael Odgren, ASRT vice president and a registered RPA.

Odgren’s path to becoming an RPA began at a mobile X-ray company where he worked alongside radiologists as they interpreted and dictated the images he generated. He has spent the last 15 years with Diversified Radiology of Colorado, a private-practice radiology group with about 65 radiologists and three RAs. He performs mostly gastrointestinal and genitourinary tract procedures on pediatric patients; his other duties range from lumbar punctures to feeding tube placements.

He also takes patient histories and dictates preliminary reports to save time for his supervising radiologist.

“I think that with federal recognition, more radiology groups will be open to utilizing our very unique, radiology-focused skill set and that they will encourage us to expand those skills and the RA profession will truly explode,” Ogdren said.

If that happens, radiologists stand to benefit, Dr. Erinjeri said.

“There is increasing demand on the radiologists who are in practice now and the ones that will be trained,” Dr. Erinjeri said. “Radiologists need to find ways to meet workload demands while still delivering a high level of care, and I think that RAs are a great way to help our specialty achieve this.”
Editor's Picks