Every year, we select one person who has made significant contributions to radiologic research over the last 15 years. The Outstanding Researcher Award is meant to honor that pioneer who has fundamentally changed the future of our field. 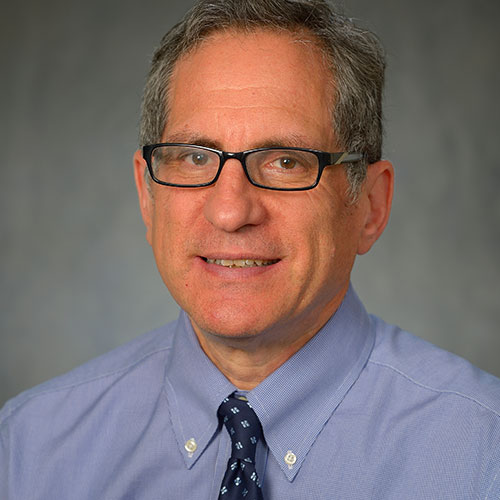 As one of the foremost authorities in nuclear medicine/PET, David Mankoff, MD, PhD, is a leader in molecular imaging science and a pioneer in the development of whole body PET imaging.

“Dr. Mankoff is a true renaissance imaging specialist,” said RSNA President James P. Borgstede. “He is a researcher, an inventor, an educator and a clinical specialist. All of imaging is fortunate to have Dr. Mankoff as a colleague.”

Dr. Mankoff is the Gerd Muehllehner Professor of Radiology and Vice Chair of Research at the University of Pennsylvania (Penn) Perelman School of Medicine and associate director of education and research at the Abramson Cancer Center, both in Philadelphia.

While earning a PhD in bioengineering, Dr. Mankoff worked with his thesis advisor, the late Gerd Muehllehner, PhD, to develop a commercial version of the scanner that later formed the basis for the PennPET Explorer, a whole body PET imaging system recently developed at Penn.

After earning his PhD and MD at Penn, Dr. Mankoff completed his residency in internal medicine and nuclear medicine at the University of Washington in Seattle. He remained there, eventually becoming a full professor of radiology, medicine and bioengineering. During his time in Seattle, Dr. Mankoff developed research interest in translational cancer molecular imaging and quantitative PET imaging and image analysis. In 2013, he returned to Penn School of Medicine as a professor of radiology and the PET Center Director.

A leading researcher with a particular interest in breast cancer, Dr. Mankoff has maintained more than 20 years of continuous funding from Federal sources and has been recognized as a Susan G. Komen Scholar since 2012.  Key research achievements include defining applications of FDG PET to breast cancer staging and response evaluation, translating novel tracers to early human trials, studying the in vivo biology of cancer metabolism, and imaging estrogen receptor expression in breast cancer using PET.

At the national level, Dr. Mankoff has served as a committee leader and scientific planning co-chair of the Eastern Cooperative Oncology Group and the American College of Radiology Imaging Network (ECOG-ACRIN). He is a former steering committee chair of the NCI Quantitative Imaging Executive Committee, former member of the NCI Clinical Trials Advisory Committee and former past president of the American Board of Nuclear Medicine.

Dr. Mankoff is associate editor for RSNA’s newest journal, Radiology: Imaging Cancer. He also serves on the editorial boards of several scientific journals. Dr. Mankoff is co-chair of the RSNA Vice Chairs of Research Group and a member of the RSNA Committee on Scientific Affairs. He has also been active in the RSNA Clinical Trial Methodology Workshop, and he has served as workshop co-director.

Recognized for his many contributions to the field, Dr. Mankoff was named an RSNA Honored Educator in 2013, 2018 and 2019. He received the Distinguished Investigator Award from the Academy of Radiology Research in 2018.