RSNA's honorary members are individuals recognized for their exceptional service to the field of radiology. They are nominated by the RSNA president and elected by the Board of Directors. 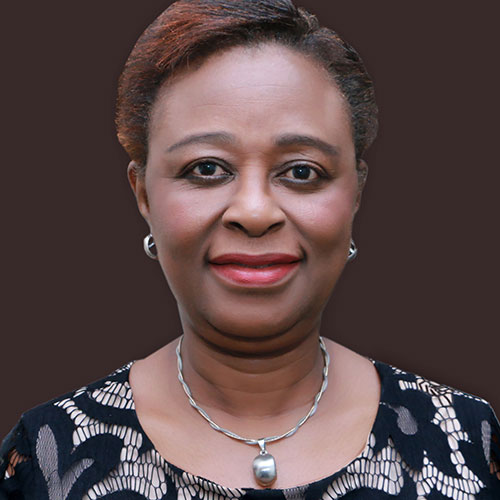 A distinguished leader, researcher, and educator who is internationally known for her work in advancing medical imaging in Africa, Omolola Atalabi, MBBS, is one of only a few pediatric radiologists practicing in Africa.

“I am both proud and honored to have worked with Dr. Atalabi, particularly during my tenure as RSNA Board liason for international affairs,” said RSNA President James P. Borgstede. “Dr. Atalabi’s work is exemplary. Patients in Africa are fortunate to benefit from her expertise in their medical care.”

Among her many professional accomplishments, Dr. Atalabi was awarded the RSNA Derek Harwood-Nash International Fellowship in 2007, which she completed at Boston Children’s Hospital, and the 2010 Hitachi Systems/RSNA Research Seed Grant. She has authored or co-authored 70 publications and three book chapters.

Dr. Atalabi is an honorary member of the Society of Pediatric Radiology (SPR) and a recipient of SPR’s Heidi Patriquin International Fellowship. In 2020, Dr. Atalabi was honored for her distinguished achievements with the 60th Anniversary Alumni Award from the Fiwasaye Girl’s grammar School in Akure, where she attended high school five decades earlier. 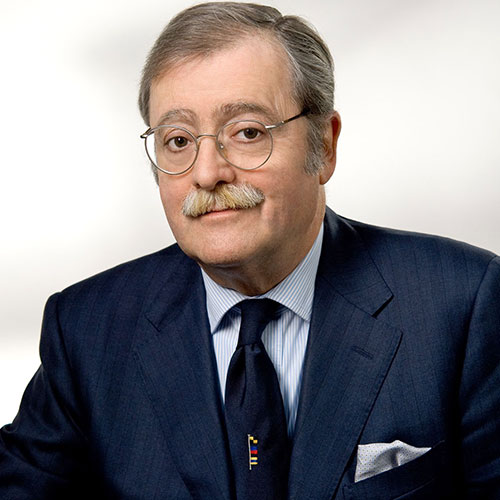 A recognized leader and pioneer in the use of Doppler ultrasound to image the genitourinary system, Lorenzo E. Derchi, MD, is the chair of Emergency Radiology at Genoa’s San Martino Hospital.

“I am honored that we are welcoming a radiologist of Dr Derchi’s stature into the distinguished family of RSNA Honorary Members,” said RSNA President James P. Borgstede.

Dr. Derchi received his medical degree from the University of Genoa, Italy. He joined San Martino Hospital as staff radiologist after becoming board certified. In 1994, he became chair of a radiology unit at the hospital and ascended to professor at the Faculty of Medicine, University of Genoa. From 2004 to 2011 he served as chair of the Department of Radiology at the hospital before accepting his current appointment as chair of Emergency Radiology.

An esteemed educator, Dr. Derchi instills a passion for radiology in his students. He has published over 200 articles, and several chapters in international and Italian textbooks. He also authored the Genitourinary Ultrasound issue of Ultrasound Clinics.  His interests include the genitourinary system with an emphasis on renal and testicular disease. He served eight years on the written examinaiton committee for the European Board of Radiology.

Dr. Derchi has been a leading figure in the European radiology community since early in his career. He served as a member of the board of directors of the Italian Society of Radiology (SIRM) and is a past president of the SIRM ultrasound section. In 1992 he was a member of the SIRM Congress organizing committee. A past president of the European Society of Urogenital Radiology and the Italian Society of Ultrasound in Medicine and Biology, Dr. Derchi helped shape the growth of the subspecialty societies.

Over the past decade, Dr. Derchi has helped guide and expand the European Society of Radiology (ESR) as a member of the ESR Executive Council from 2011 to 2016, then as president and board chair. As program planning committee chair for the European Congress of Radiology (ECR), Dr. Derchi oversaw the five-year anniversary celebration of EuroSafe Imaging at ECR 2019. The safety campaign raises awareness about radiation protection in medical imaging. Previously, he co-chaired the ECR Categorical Course on Ultrasound and ECR hands-on workshops on musculoskeletal ultrasound and chaired the ECR Categorical Course in Urogenital Radiology.

Widely recognized for his achievements in the specialty, Dr. Derchi is an honorary member of the National Radiological Societies of Algeria, France, Iran, Israel, Romania, Turkey and of the Romanian Society of Ultrasound in Medicine and Biology. 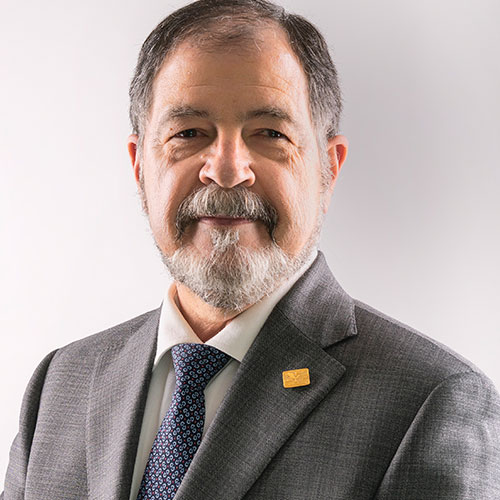 Guillermo Elizondo-Riojas, MD, PhD, is a leading pioneer and researcher in the development and use of contrast materials in MRI. As a renowned educator and speaker, he has helped grow and expand RSNA’s educational programs into Latin America.

“Dr. Elizondo-Riojas has been a valued RSNA colleague,” said RSNA President James P. Borgstede. “I enjoyed working with him on our first RSNA Spotlight Course in Mexico.”

Dr. Elizondo-Riojas received his medical degree from the University of Nuevo Leon (UANL), Monterrey, Mexico, where he also completed an internship and his radiology residency. During his final year in medical school he began using the first MRI machine in Latin America to study depression, Duchenne disease, liver abscesses and other common pathologies. Other research projects included the first patient injection of superparamagnetic iron oxide (SPIO) particles as specific contrast agent for the detection of liver metastases.

Dr. Elizondo-Riojas completed a fellowship at the University of California at Los Angeles (UCLA) in 1984 and a postdoctoral research fellowship at Massachusetts General Hospital and Harvard Medical School in 1990. He returned to UANL as an assistant professor and also completed a doctorate in science with specialty in morphology.

Dr. Elizondo-Riojas is past president of the Mexican Board of Radiology and of his state society, the Sociedad Regiomontana de Radiología. He is currently a member of the editorial board of Diagnostic Imaging Latin America and Revista Mexicana de Radiología.

Dr. Elizondo-Riojas has published more than 150 articles with over 5,000 citations. He achieved many significant “firsts” in his research, including the first description of liver cirrhosis appearance on MRI with SPIO, the first human trial on an intravascular device for the creation of an arteriovenous fistula for hemodialysis and the first human trial on absorbable inferior vena cava filters.

Recognized by the Government of Mexico through its Teacher Improvement Program for the past 15 years, Dr. Elizondo-Riojas is currently teaching and researching radiologic applications of artificial intelligence, biomarkers in oncological imaging clinical applications of 3D printing.

Dr. Elizondo-Riojas has attended every RSNA annual meeting since 1982. As an enthusiastic and highly engaged RSNA member, he serves on the RSNA Committee for International Radiology Education (CIRE) and as chair of the CIRE Derek Harwood-Nash International Fellowship Subcommittee. He is a member of 33 medical and 10 professional societies, including RSNA, American College of Radiology, Association of University Radiologists and European Society of Radiology.

An esteemed educator, Dr. Elizondo-Riojas was a course director of RSNA’s first regional course held in Cancun, Mexico, in 2016. This course, “Emergency Radiology: Interactive Course with Cases,” was designed to meet the needs of radiologists in the region.  The inaugural course led to the development of RSNA’s Spotlight Courses, which are tailored to meet specific needs of radiologists in locations around the world.