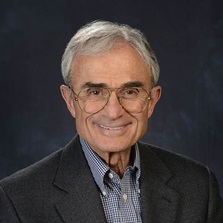 RSNA dedicates the 2020 Annual Oration in Diagnostic Radiology to the memory of David C. Levin, MD, a highly respected radiologist, champion of appropriate use in medical imaging and steadfast advocate for the specialty.

Dr. Levin served as a jet fighter pilot in the U.S. Air Force before earning his medical degree from The Johns Hopkins University School of Medicine in Baltimore. He completed his radiology residency at the University of California, Los Angeles Medical Center.

A prolific author, researcher and lecturer, Dr. Levin was awarded an RSNA Gold Medal in 2009 and presented the RSNA 2014 Annual Oration on Diagnostic Radiology. An RSNA member since 1974, Dr. Levin was RSNA’s third vice-president in 1996 and first vice-president in 2018. He served as chair of the R&E Foundation’s Corporate Advisory Council and the Individual Giving Subcommittee, and was a co-chair of the Inspire-Innovate-Invest Campaign.