In This Issue:
IN MY OPINION ANALYSIS TOOLS & TECHNIQUES

QIBA IN THE LITERATURE

Improve the value and practicality of quantitative imaging biomarkers by reducing variability across devices, sites, patients and time. 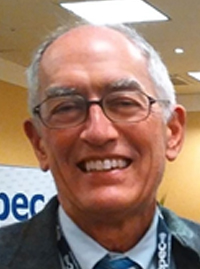 Brian S. Garra, MD, is a radiologist at the Center for Devices and Radiological Health, FDA, and clinical professor of radiology at George Washington University. In addition to clinical practice, he does device evaluation and regulatory research in elastography, photo-acoustics, and complex phantom development for ultrasound system testing. He is a fellow of the American Institute of Ultrasound in Medicine, a member of the QIBA Steering Committee, Co-Chair of the QIBA US Coordinating Committee and Co-Chair of the QIBA Ultrasound SWS Biomarker Committee.

Collaboration with other associations and organizations has been part of the QIBA ultrasound (US) biomarker effort from the beginning. In 2012, the first meeting to decide on a QIBA US biomarker was held as a prelude to the American Institute of Ultrasound in Medicine (AIUM) annual meeting. At that meeting, US Shear Wave Speed (SWS) was chosen as the first biomarker and every year since then, a major face-to-face meeting of the QIBA US group has been held at the AIUM convention. When additional biomarkers were being considered, the selection meeting was again held at the AIUM annual meeting with the intent of forming a more formal collaboration by asking the AIUM to provide administrative support for a new biomarker committee.

At the same AIUM meeting, two new biomarkers were selected: Volume Blood Flow (VBF) and Contrast Enhanced Ultrasound (CEUS). The AIUM Board of Governors was approached regarding support of the VBF Biomarker Committee and agreed to provide administrative and meeting organization support similar to that provided by the RSNA for QIBA biomarker efforts. Since both the VBF and CEUS groups are heavily represented by AIUM members and the CEUS group is without formal support, the CEUS effort has been supported informally by both QIBA and the AIUM. Currently, 50% or more of the QIBA VBF and CEUS working group participants are AIUM members/exhibitors and face-to-face meetings are held by all groups as part of AIUM annual meetings.

Now a new collaboration with AIUM is developing on a proposed new Biomarker Committee on Quantitative Ultrasound Parameters. This was initiated as an AIUM focus group on liver fat fraction estimation and an expanded form of that effort will likely be adopted by QIBA as a biomarker committee.

In addition, an effort to better standardize US spatial measurement biomarkers has been discussed in collaboration with the American College of Obstetricians and Gynecologists and the International Society of Ultrasound in Obstetrics and Gynecology. Coordination of efforts is developing between QIBA and the European counterpart to QIBA, the European Imaging Biomarkers Alliance (EIBALL) with liaisons providing constant information exchange between the two organizations. Coordination of efforts with QIBA-Japan are also underway with clinical study results using parts of the draft QIBA SWS Profile already being reported. The European Federation of Societies for Ultrasound in Medicine and Biology has developed their own guidelines for conduct of ultrasound SWS estimation and QIBA has been in consultation with that organization to help insure compatibility of the QIBA Profile and EFSUMB guidelines.

The advantages of these collaborations include additional funding, administrative and personnel support for QIBA-related efforts, data from studies by the other organizations that support QIBA Profiles, expertise on design and conduct of laboratory studies of performance and clinical trials to determine clinical efficacy and relevance to specific diseases.

Challenges in the collaborative process include coordination with other organizations of financial support, personnel support, leadership roles, degree of integration and division of labor between each organization and brokering differences in focus and implementation of biomarkers (for example what diseases to use a measured biomarker surrogate with).

Despite the challenges, the ever-increasing need for volunteers, funding and other resources to support further expansion of the array of US biomarkers will require additional collaboration. Increased attention to this requirement is critical for future success. 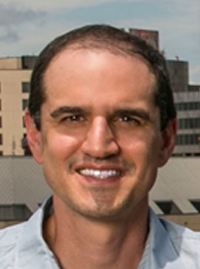 Mark L. Palmeri, MD, PhD, is an Associate Professor of the Practice in Biomedical Engineering and an Assistant Research Professor of Anesthesiology at Duke University. He is an Associate Editor for Ultrasound in Medicine and Biology. He is a member of the RSNA Quantitative Imaging Biomarkers Alliance (QIBA) Committees for Ultrasound Shear Wave Speed imaging and Magnetic Resonance Elastography. His research and teaching interests include acoustic radiation force shear wave elasticity imaging, finite element analysis of soft tissues, deep learning for medical image processing and medical device design.

The QIBA Ultrasound Shear Wave Speed (US SWS) Biomarker Committee (BC) recently opened its Profile to public comment. The Profile includes the use of standardized elasticity phantoms, imaging sequences, and post-processing algorithms to conform to the associated performance checklists. The US SWS BC has provided several open-source resources for different actors in the Profile conformance process to use when completing their checklists and for researchers or industry “actors” to use when developing next-generation systems. The need for these “open” scanner sequences, processing code and digital/experimental data to conform to the performance checklists associated with the US SWS Profile was recognized in a comprehensive elastic and viscoelastic phantom study performed over several years with many academic, regulatory, clinical and industry collaborators. The research highlighted intersystem biases of ±5% in elastic phantoms and up to ±15% in viscoelastic phantoms (citation to Radiology manuscript in review).

These open resources include:

Beyond compliance with the US SWS Profile and its associated checklists, we have seen outreach by researchers and new industry partners to utilize and expand these open resources for new applications of SWS measurements beyond characterizing liver fibrosis. This enthusiasm will hopefully provide a foundation for expanded applications of the US SWS Profile in the future.

QIBA Biomarker Committees are open to all interested persons.  Meeting summaries, the QIBA Newsletter and other documents are available on the QIBA website RSNA.ORG/QIBA and wiki http://qibawiki.rsna.org/.

Please contact QIBA@rsna.org for more information. We welcome your participation.

QIBA and QI/Imaging Biomarkers in the Literature

*Please note that the list of references has been migrated to EndNote.
*To obtain access to the RSNA EndNote citations, please send an email request to: qiba@rsna.org.

New submissions are welcome and may be directed to QIBA@rsna.org.